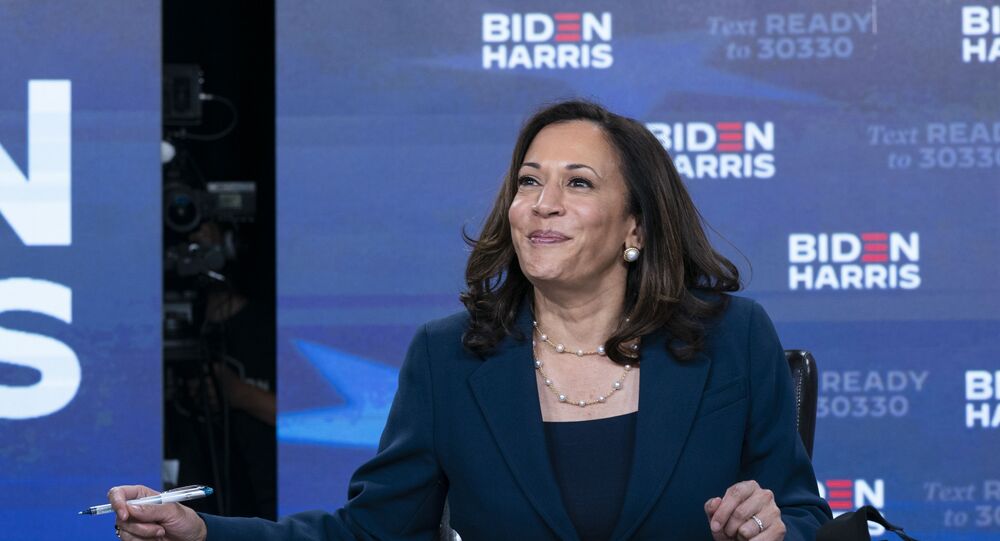 Her remarks come as protests against racial discrimination and police brutality are continuing in the United States. The demonstrations were reignited after an officer shot a black man in the back seven times in the city of Kenosha, Wisconsin.

"I think that Donald Trump and Bill Barr are spending time in a different reality. The reality of America today is what we have seen over generations, and frankly since our inception, which is, we do have two systems of justice in America", Harris said Sunday on CNN’s State of the Union programme.

The California senator said she believes reasonable people would not dispute that there are "racial disparities and a system that has engaged in racism in terms of how the laws have been enforced" in the United States.

Speaking on 2 September on CNN’s The Situation Room with Wolf Blitzer, Attorney General William Barr said he doesn’t believe that the shootings of African-Americans by police are racially motivated and are not as common as protesters against racial discrimination have made them seem.

Trump was grilled on systemic racism in the United States during his visit to Kenosha, Wisconsin, where an African-American man was shot by a police officer.

“Well, you know, you just keep getting back to the opposite subject. We should talk about the kind of violence that we've seen in Portland and here [in Kenosha]”, Trump said when asked whether he thinks systemic racism is a problem in the country.

During his visit, the president promised to provide $4 million to help rebuild businesses that were damaged or completely destroyed during the protests in Kenosha. Trump also has criticised the violent behaviour of the demonstrators. "These are not acts of peaceful protest, but really domestic terror", the president told local business leaders at a roundtable.

This is not the first time that Trump has condemned the violent behaviour of the demonstrators against racism. In the wake of the protests over the death of George Floyd, a black man who died at the hands of a white police officer, the president harshly criticised the actions of the protesters, who damaged and destroyed buildings as well as looted stores.

What happened in Kenosha?

On 23 August, a police officer shot 29-year-old Jacob Blake seven times in the back as he was reaching into his car, where his three children were seated. As a result of the shooting, Blake was paralysed from the waist down. The city’s police department said the officer, who was placed on administrative leave following the incident, was responding to a domestic disturbance. Wisconsin’s attorney general said officers were called after a woman reported that she saw "her boyfriend", who was not permitted to be on the premises.

The Kenosha police union says Mr Blake was carrying a knife at the time of the shooting. Investigators later found a knife on the floor of his car. Blake was previously accused of trespassing, sexual assault, and disorderly conduct by his former girlfriend. On 5 September, he made a court appearance via a teleconference while still in a hospital bed. He pleaded not guilty to all charges.