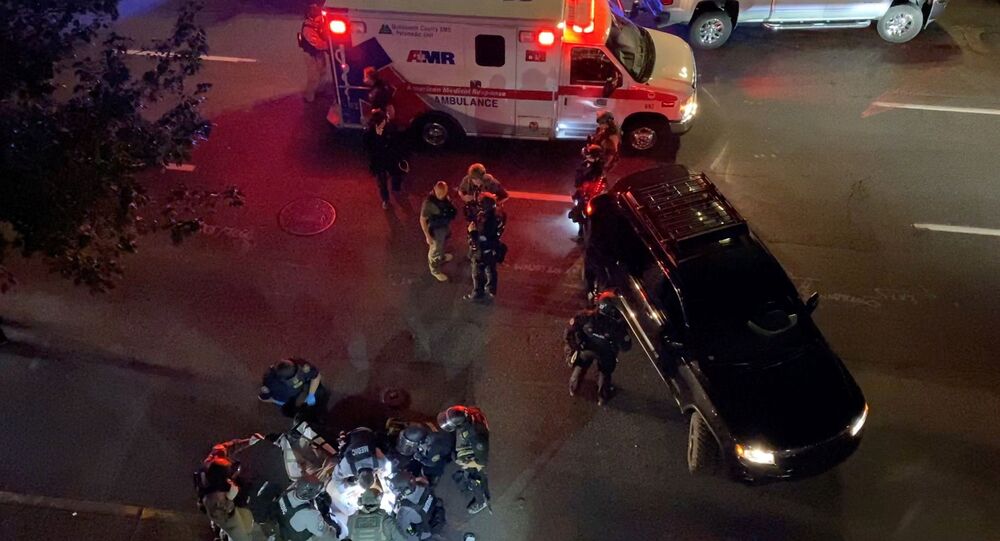 Overnight into 30 August, Aaron Danielson, a supporter of President Donald Trump, was supposedly killed by Michael Reinoehl, a supporter of the Antifa movement, in downtown Portland during clashes with left-wing activists.

Newly released CCTV photos of the Antifa gunman Michael Reinoehl from Portland police show he was walking in front of the Trump supporters, then slipped into an alcove to ambush them from behind unaware. A comrade appears to assist the hunt. pic.twitter.com/LipCH888it

​According to the pictures, Reinoehl had been waiting for Danielson and another counter-protester in the parking garage, and as soon as they came up, he went after them with another man in a black hoody. Reinoehl is also seen in a picture reaching for his waistband at that moment.

Here you can see Reinoehl apparently waiting for Danielson and Pappas in the parking garag, then leaving the parking garage and following them along with the man in the black hoody, identified as Subject #2 pic.twitter.com/8a51yfunXt

A few moments later, two gunshots were heard but the shooting itself was not captured on the surveillance camera. Police found a single Winchester .380-caliber bullet, a metal canister of bear spray, and a collapsible metal baton at the scene.

On Thursday, Washington State officers attempted to peacefully arrest the suspect outside an apartment in Lacey, but he produced a firearm and was fatally shot by the authorities, according to a statement by the US Marshals Service (USMS). US Attorney General William Barr said on Friday that the tracking down of Reinoehl was a significant accomplishment in restoring law and order in Portland and other cities.

Reinoehl admitted to the shooting in an interview with Vice News but claimed he acted in self-defence because Danielson was trying to stab him.

Portland protests against racism and police brutality have been some of the most violent in the United States recently. President Donald Trump has severely criticised local authorities, calling on them to restore order in the city. He said that the federal government is ready to step in if the Portland authorities call him for assistance, and "solve that problem in less than an hour".