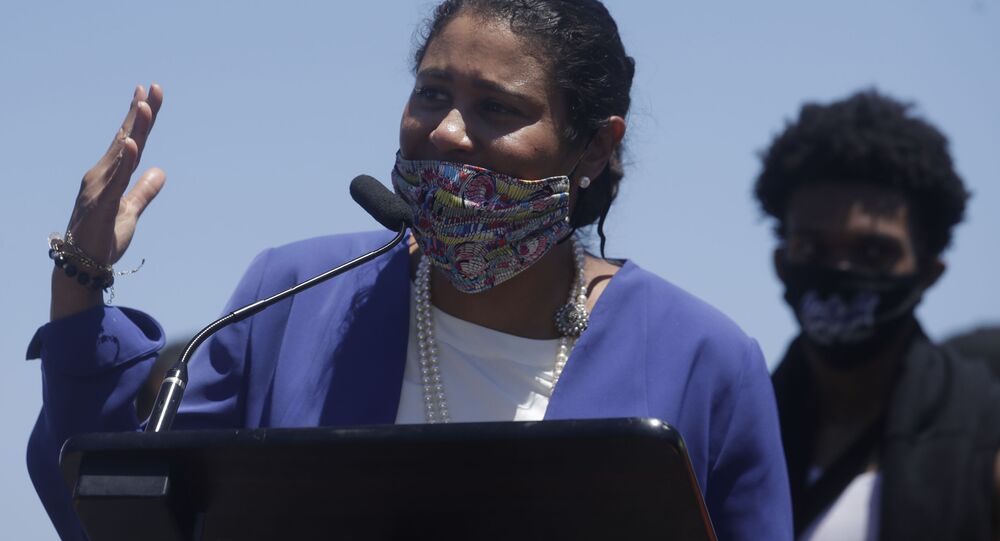 While the city mayor said the fuss over Pelosi in a hair salon amid the pandemic should come to an end, beauty salon employees, who have been unable to work due to coronavirus-induced restrictions, have criticised the house speaker for her hypocrisy and demanded salons be opened so that they can return to work.

Mayor of San Francisco London Breed has slammed Donald Trump, calling him a "terrorist" and a "dictator", and praised House Speaker Nancy Pelosi for being at the forefront fighting against the US president.

"We have a terrorist, we have a dictator who is running this country and Nancy Pelosi is at the forefront fighting against this person everyday, you know, and I'm not trying to excuse what happened", Breed told ABC7 News on Saturday.

Since small businesses have been shut down due to the COVID-19 pandemic and are struggling to survive, hairstylists have been angry that the house speaker, in breach of safety guidelines, decided to have a wash and a blow-dry in the closed ESalonSF in San Francisco and without wearing a mask.

Breed said that she understands the feelings of these people but the city has other issues to deal with, so it is time to "move on", implying that the hair salon controversy should be forgotten.

"I'm just saying that to allow an issue like this to turn our city upside down when we got folks who are homeless, we've got people who can't open their business, including these salons. I understand", the mayor said. "I get it, but at the end of the the day, it is really time for us to move on."

When asked by a reporter why Pelosi could not apologise to the hairstylists, the mayor responded that she can only be responsible for her own behavior and cannot "tell other people what to do".

Pelosi has claimed that she had pre-arranged her visit to the salon (contrary to what the salon owner said) and called it a "set-up". The owner of the business, Erica Kious, who released the security camera footage of Pelosi in the salon, said she was shocked by the congresswoman's hypocrisy.

Following Pelosi's comments, President Donald Trump suggested that the salon owner should run the House of Representatives instead of Pelosi.