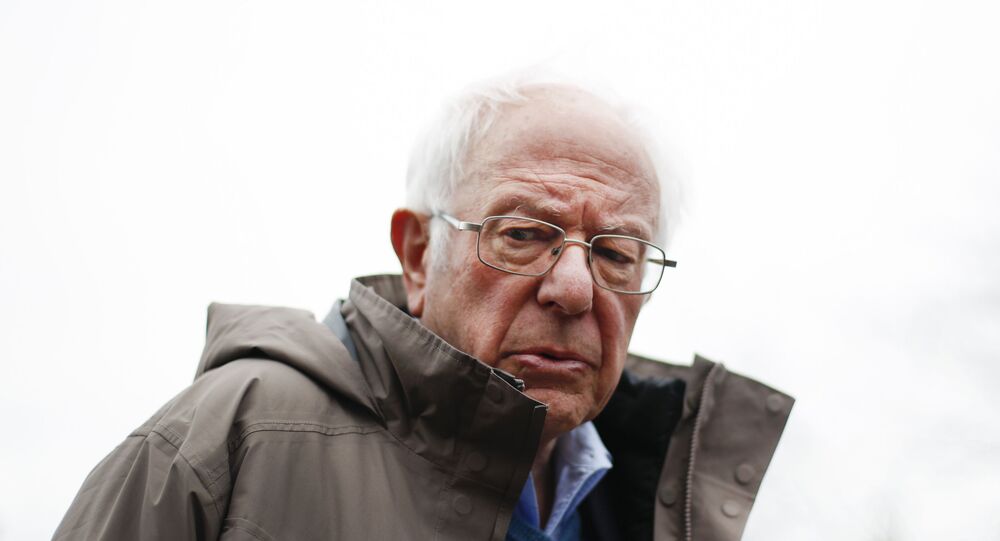 Vermont Senator Bernie Sanders and other Democratic Party leaders claim that US President Donald Trump will appear to win on election night only to lose once millions of mail-in votes are counted. They say he is already laying the ground to claim ballot fraud and refuse to concede defeat.

US Democratic Party Senate leader Chuck Schumer has backed Bernie Sanders' call for a plan for the "nightmarish scenario" of President Donald Trump refusing to concede in November's election.

Vermont Senator Sanders is the latest Democrat to claim Trump will refuse to accept defeat if he loses the election scheduled for November 3, in an interview with website Politico.

"This is not just idle speculation," Sanders insisted, quoting the presidents comments at the Republican National Convention in August. "Trump was saying...  ‘the only way they can take this election away from us is if this is a rigged election’."

"What we have got to do in the next two months is to alert the American people about what that nightmarish scenario might look like in order to prepare them for that possibility and talk about what we do if that happens," Sanders warned. "This is not just a ‘constitutional crisis.’ This is a threat to everything this country stands for."

Democratic Senate minority leader Schumer tweeted on Saturday that he was "standing side-by-side" with Sanders on his call for a regime change plan.

In recent week, Democrats including former president Bill Clinton and failed candidates Al Gore and Hillary Clinton claim that Trump might win based on votes cast at polling stations, only to lose when millions of postal votes are counted over the following weeks.

© CC0
Mark Zuckerberg Warns There is Risk of Civil Unrest During and After US Presidential Election
Trump and other Republicans have repeatedly claimed that allowing all voters to cast their ballots by post is a recipe for electoral fraud. Several states have proposed that measure to reduce the risk of transmitting the Covid-19 virus at polling stations.

Democrats have in turn accused Trump of blocking funds to the US Postal Service to stop mail-in ballots arriving in time.

"The nightmare scenario there is that, at a time when some states like Pennsylvania are finding that they don’t have the resources right now to count votes, their mail-in ballots, in a rapid way, that it is possible that in some states Trump will be winning on election night, and yet when all of the votes are counted, he will be behind. He will lose," Sanders told Politico.

"But that during that interval, he will create chaos and confusion by claiming that there is massive fraud within the mail-in ballot process."

In a late August TV interview, Hillary Clinton insisted: "Joe Biden should not concede under any circumstances."

"I think this is going to drag out, and eventually I do believe he will win if we don't give an inch, and if we are as focused and relentless as the other side is," she added.

Days later, Gore told Reuters that if Biden emerged as the winner, the military, police and intelligence services would have to obey him and oust Trump.

"If a new president is elected… the police force, the Secret Service, the military, all of the executive branch officers, will respond to the command and the direction of the new president," he said.

General Mark Miley, chairman of the Joint Chiefs of Staff, dismissed that idea, saying: "I foresee no role for the US armed forces in this process.”

This week Bill Clinton joked that Trump "probably won't even come to Biden's inauguration. He'll be stacking sandbags in front of the White House."