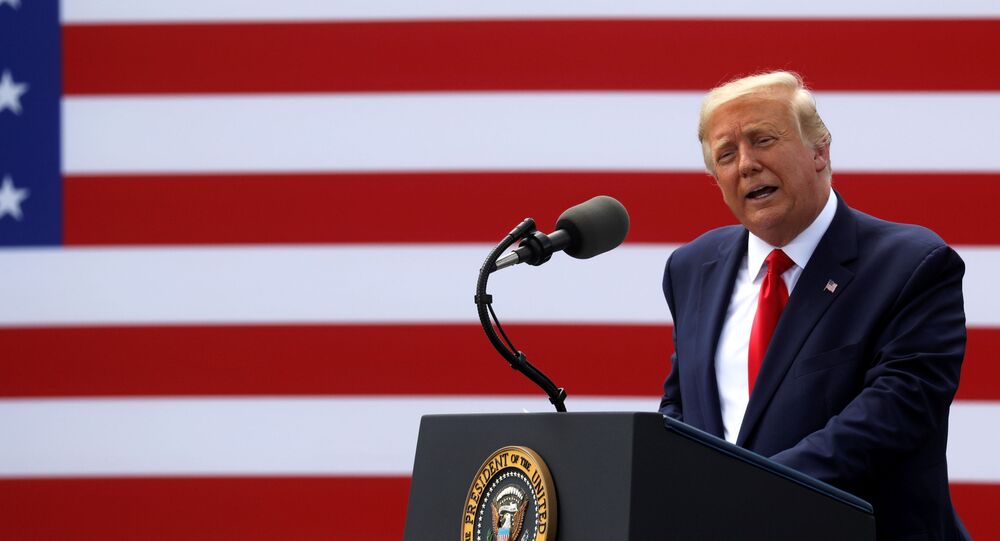 Many will likely be surprised to discover the existence of this secret Trump admirer, who also has strongly held views on political correctness, and Rep. Ilhan Omar.

The niece of Osama Bin Laden has said that another 9/11-style terrorist attack can only be prevented if President Donald Trump is re-elected in November 2020.

In an interview with The New York Post, 33-year-old Noor Bin Ladin, whose branch of the family spells its name differently to the former Al-Qaeda leader, said that “ISIS proliferated under the Obama/Biden administration, leading to them coming to Europe. Trump has shown he protects America and us by extension from foreign threats by obliterating terrorists at the root and before they get a chance to strike.”

The niece of the 9/11 mastermind resides in Switzerland but considers herself an “American at heart” and often wears a "Make America Great Again” red baseball cap.

She also said that she will be supporting the incumbent president in the 2020 race: “I have been a supporter of President Trump since he announced he was running in the early days in 2015. I have watched from afar and I admire this man’s resolve,” she said.

“He must be reelected … It’s vital for the future of not only America, but western civilization as a whole.You look at all the terrorist attacks that have happened in Europe over the past 19 years. They have completely shaken us to the core … [Islamism] has completely infiltrated our society… In the US it’s very worrying that the left has aligned itself completely with the people who share that ideology.”

America is the greatest, least racist country in the world, despite what her enemies claim.
“I have not had a single bad experience with Americans despite the name that I carry. On the contrary, I was overwhelmed by their kindness and understanding,”https://t.co/W70TJb6DaS

The low-profile Bin Ladin, whose favourite television show is Fox News’ “Tucker Carlson Tonight” also reserves little sympathy for the so-called “Squad” in the US House of Representatives, made up of Alexandria Ocasio-Cortez of New York, Ilhan Omar of Minnesota, Ayanna Pressley of Massachusetts, and Rashida Tlaib of Minnesota.

Focusing in particular on Representative Omar, Ms. Bin Laden said that, “you do have a situation now in America where you have people like Ilhan Omar who actively hate your country.” She also went on to note how how Omar called for “compassionate” sentences for 13 ISIS recruits from her home state of Minnesota.

“It’s an honor to be able to go and live in the United States and make the most out of all the opportunities… If she [Omar] hates it so much why doesn’t she leave.”

Reflecting on how she was just 14 years old when her uncle Osama presided over the 9/11 terrorist atrocity, Noor recalled being “so devastated.”

“I was so devastated. I had been going to the states with my mom several times a year from the age of three onwards. I considered the US my second home.”

Noor also slammed the idea that the US is an institutionally racist country.

“I have not had a single bad experience with Americans despite the name that I carry. On the contrary, I was overwhelmed by their kindness and understanding.”