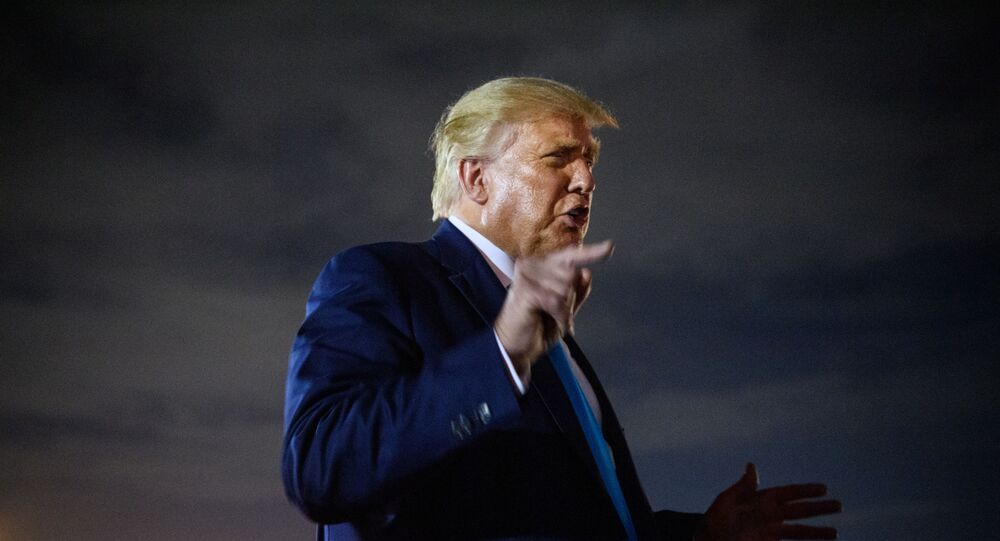 Trump Attacks Fox, Calls For Journalist to be ‘Fired’ Over New Claims About War Dead Controversy

Once upon a time, President Trump appeared to consider Fox News to be a stalwart political ally. However, the station’s gradually critical coverage of the administration appears to be provoking his outrage.

Donald Trump has upped the ante of his attacks on Fox News by calling for one of the outlet’s journalists, Jennifer Griffin, to be “fired” after she alleged to have gotten hold of information confirming that the president mocked dead American soldiers.

Ms. Griffin, a Fox News National Security Correspondent, tweeted a long thread in which she claimed to have spoken to “two former sr [senior] Trump admin officials” who confirmed that the president “disparaged veterans,” adding that he, “did not want to drive to honour American war dead at Aisne-Marne Cemetery outside of Paris.”

Ms. Griffins also claims that, “according to one former senior Trump administration official: When the President spoke about the Vietnam War, he said, 'it was a stupid war. Anyone who went was a sucker’.”

According to one former senior Trump administration official: "When the President spoke about the Vietnam War, he said, 'It was a stupid war. Anyone who went was a sucker'."

This former official heard the President say about American veterans: "What's in it for them? They don't make any money." Source: "It was a character flaw of the President. He could not understand why someone would die for their country, not worth it."

​In response, Trump issued his own Tweet, saying, “Jennifer Griffin should be fired for this kind of reporting. Never even called us for comment. Fox News is gone!”

Ms. Griffin’s comments come hot on the heels of an explosive expose by Jeffrey Goldberg, a journalist with The Atlantic magazine, who alleged that knowledgable sources claimed that during a visit to Paris in 2018 Trump refused to pay respects at an American military cemetery outside the city because he thought the dead soldiers were “losers” and “suckers.”

The White House has consistently denied that the story is real, leading even First Lady Melania Trump to say that The Atlantic story “was not true.”

.@TheAtlantic story is not true. It has become a very dangerous time when anonymous sources are believed above all else, & no one knows their motivation. This is not journalism - It is activism. And it is a disservice to the people of our great nation.

The President himself has dismissed the reporting as a politically motivated “hoax” in the buildup to the November presidential elections. Currently, polling shows Democratic Party contender Joe Biden as enjoying a 7-10 point lead over the Republican incumbent.

“There is nobody who feels more strongly about our soldiers, our wounded warriors, our soldiers that died in war, than I do,” Trump told reporters on Friday.

Mr Biden - former Vice President under President Barack Obama - brutalised Trump’s comments as “disgusting,” rhetorically asking “who the heck does he think he is?” and adding that Trump is “not fit to be commander-in-chief.”