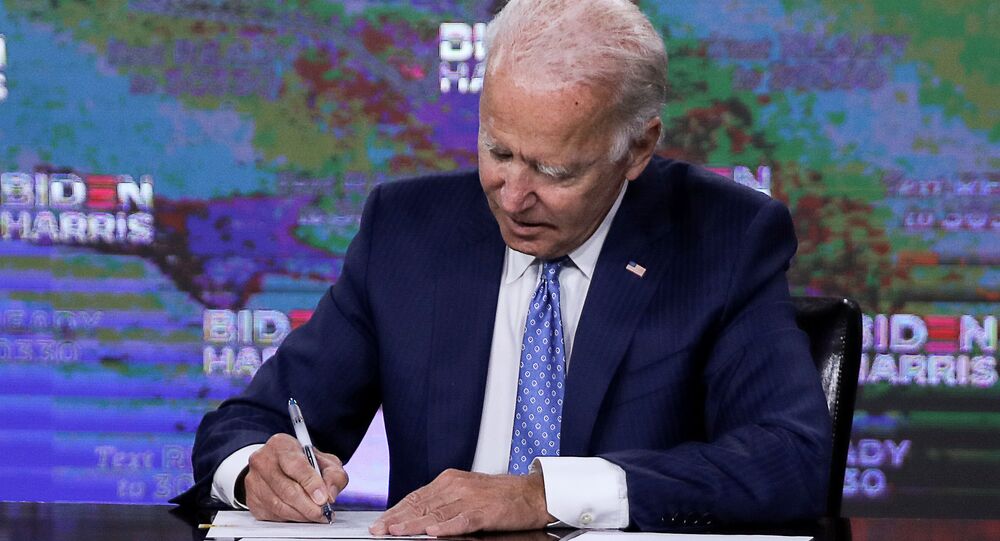 In an interview with Fox News on Friday, the Forbes editor-in-chief cautioned that a possible Joe Biden presidency would be "a disaster" for the US economy.

Steve Forbes made the remarks while touching upon the Democratic presidential hopeful's tax policy, which specifically stipulates raising taxes on those wealthy individuals who earn more than $400,000 per year. This is expected to collect approximately $3.2 trillion over the following 10 years.

Forbes warned that such a policy would "trash" the nation's economy, earlier hit by fallout from the COVID-19 pandemic.

"This economy is recovering from those [coronavirus] lockdowns, we're making some good progress, but we are still convalescing. Those taxes would dry up investment at a time when Chinese companies are becoming more competitive in high tech - we are going to hurt venture capital and the like", the two-time GOP presidential candidate pointed out.

He blamed Biden for seeking "to bring back some of the ObamaCare taxes that the Republicans got rid of", a tax increase that Forbes claimed "is going to hit everyone".

"When you have a lousy economy, that hurts people, they can't get raises and wages, they don't get jobs, they can't get higher pay. This is going to be an unmitigated disaster", the media magnate underscored.

He also warned that Biden's programme of "higher taxes and higher regulation" may lead to a situation where the US would "hear a word again we haven't heard for 40 years: stagflation - inflation and a stagnant economy".

"They want to tax $4 trillion, it's going to be the biggest tax increase in history by far. They're big taxers. It's just something that won't work. We'll have – you will see a depression the likes of which you have never seen. You'll have to go back to 1929, I guess it doesn't get too much worse than that", POTUS argued.

Biden's plan, among other things, stipulates increasing the corporate income tax rate from 21 percent to 28 percent and may lead to US gross domestic product (GDP) shrinking by 1.51%, according to the Washington-based independent think tank Tax Foundation.

Recent polls have, meanwhile, showed the former vice president leading Trump in nine battleground states, including Arizona, Colorado, and Florida, a few months ahead of the November election.