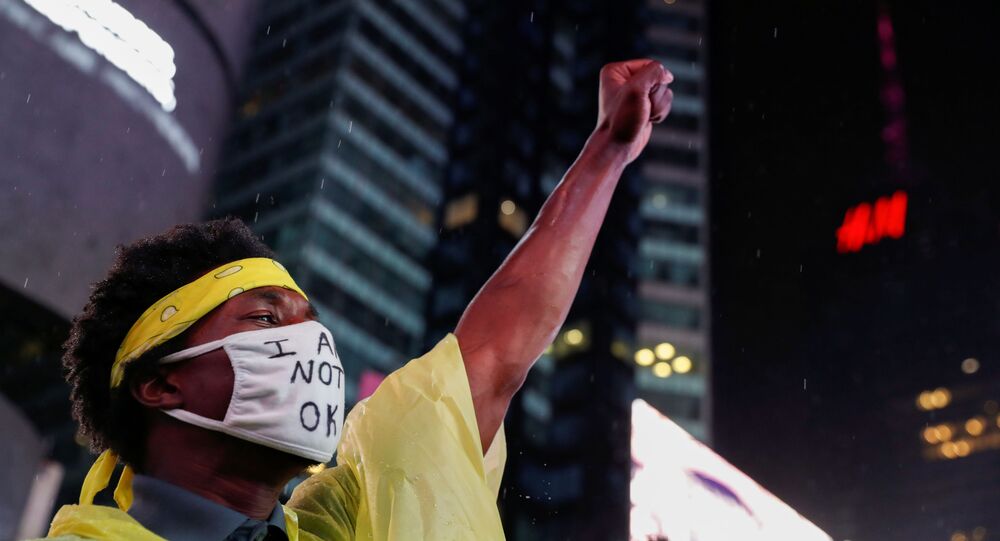 According to a woman who claims to have been a passenger in the car, the driver did not mean to hurt protesters that circled his car but rather was trying to protect people inside the vehicle.

Protesters attacked the black Taurus sedan that drove through the crowd on Times Square in New York City, according to Juliet Germanotta, a supposed passenger in the sedan.

Germanotta told the Freedom News that she and her friends attended a counter-protest nearby as they were confronted by the demonstrators who "verbally harassed them".

The woman said that she and her friends got into someone's vehicle but then "so many people just came in front of the car" and did not let them pass. She heard someone trying to open the car door and "something heavy" hit the vehicle before the car drove ahead. "The driver then drove through to try to get us to safety", Germanotta said.

The woman also was upset someone tried to hurt them because their views are different.

"Black lives do matter, but I say all lives matter and it's so scary to see what's going on that people want to hurt someone because they are more conservative."

According to police, no one was injured in the incident.