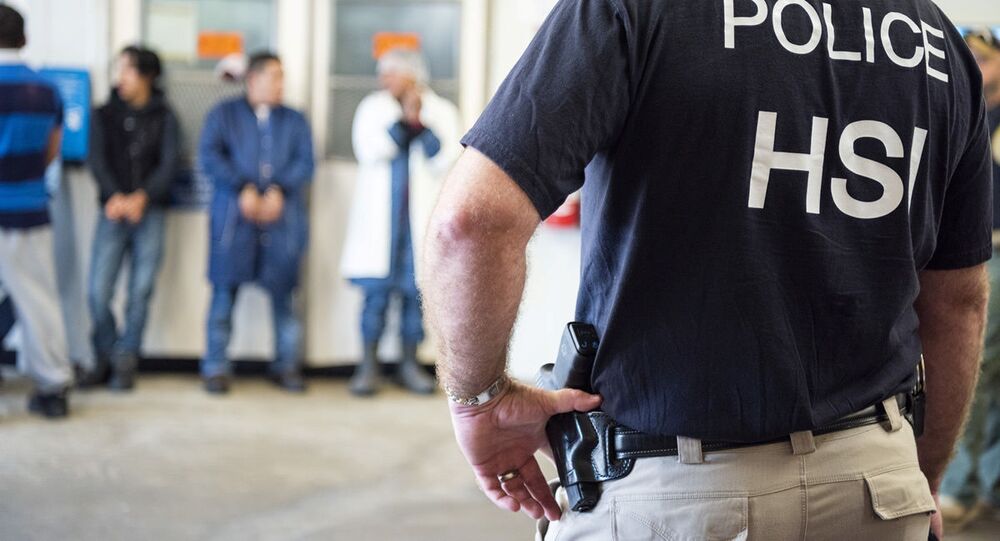 WASHINGTON (Sputnik) - The US deported a Frenchman who fled to America four years ago and was later convicted in absentia by a French court on fraud charges, the Immigration and Customs Enforcement agency said in a press release on Friday.

N’Goma entered the US in 2016 as a visitor under the visa waiver program but failed to depart under the terms of the program. On 24 May 2018, the Court of First Instance of Orleans, France, convicted N’Goma of organized fraud and sentenced him to four years in prison, the release said.

The release also said N’Goma committed "additional crimes" while hiding in the US.

Police in the Fairfax County suburb of Washington, DC, arrested N’Goma on local charges including four counts of petty larceny on 22 June 2019 and transferred him to ICE six days later. An immigration judge ordered the defendant extradited in January, the release said.