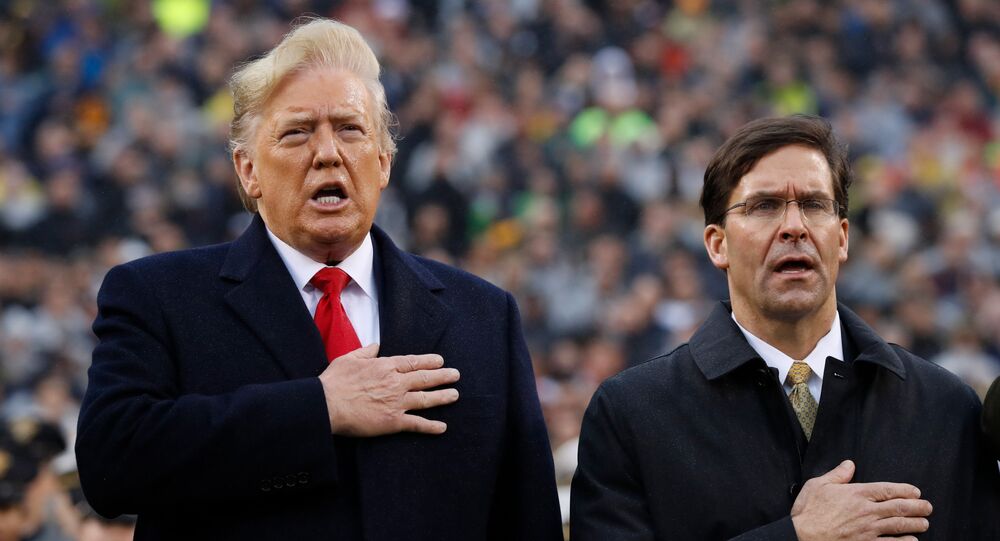 Democratic presidential candidate Joe Biden, whose late son Beau was a veteran of the Iraq War, said the latest anonymous claims against President Trump proved he was unfit for office. 2016 candidate Hillary Clinton said she was not surprised by the report.

US Defense Secretary Mark Esper has defended President Donald Trump over claims he belittled the sacrifice of US war veterans.

"President Trump has the highest respect and admiration for our nation's military members, veterans and families. That is why he has fought for greater pay and more funding for our armed forces," Esper said.

The Atlantic article includes unconfirmed claims that Trump did not want to grant state honours to late Arizona Senator John McCain following his death from brain cancer in 2018.

Three sources also claimed that Trump called late President George H W Bush a "loser" for being shot down and taken prisoner as a US Army Air Force pilot during the Second World War.

At a press conference on Friday, Democratic candidate Joe Biden seized on the Atlantic article to accuse Trump of being unfit for office.

​"If what is written in The Atlantic is true, it’s disgusting," Biden said. "It affirms what most of us believe to be true, that Donald Trump is not fit to be the commander in chief."

“When my son volunteered and joined the US military … and went to Iraq for a year, won the Bronze Star and other accommodations, he wasn’t a sucker,” he added in reference to his late son Beau.

Former secretary of state Hillary Clinton, who lost the 2016 presidential election to Trump, tweeted that she was not surprised at the allegations against Trump.

In a series of tweets on Thursday evening, Trump called the Atlantic story "fake news" and denied he had ever shown disrespect for McCain, despite their political disagreements.

McCain was a leading supporter of the US invasions of Iraq and Afghanistan and the 2011 bombing of Libya, and pushed for war with Iran.

​Former Navy ground-attack pilot McCain's claims of torture as a prisoner of war in Vietnam were denied in 2008 by his former guard in captivity Nguyen Tien Tran.

In August, sources claimed Trump was planning to replace Esper if the president is re-elected in November - and that the Pentagon chief was planning to step down in any case over policy differences between the two.

US Will Reduce Troops in Afghanistan to 'Less Than 5,000', Esper Says