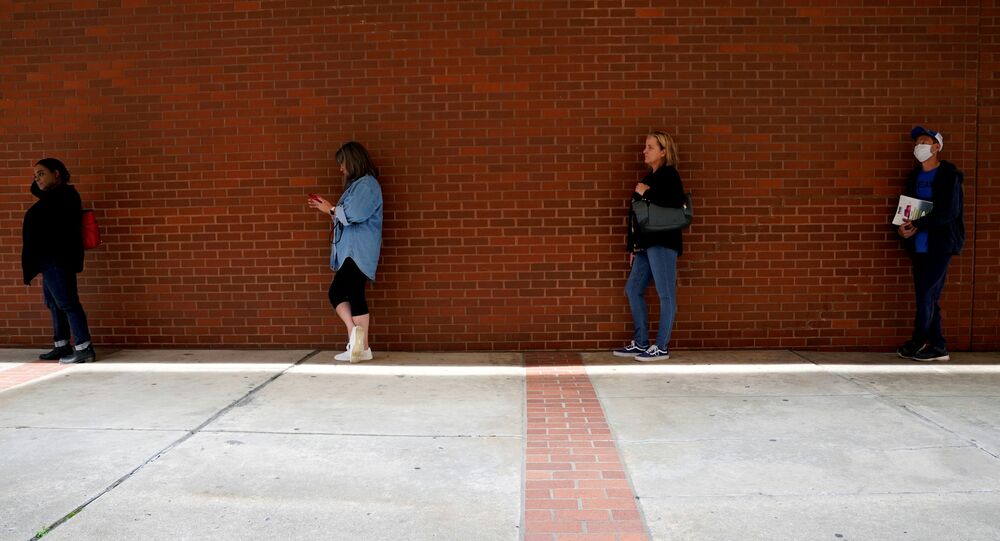 While unemployment fell faster than expected in August, the net increase in those working was less than in July, leading some economists to fear a slowdown that the recovery from the slump caused by the coronavirus lockdown.

Unemployment in the US dropped faster than forecast in August - but a slowdown in the recovery from the Covid-19 shutdown could be on its way.

Figures from the Department of Labor showed a net increase of 1.37 million employed in August, according to payroll data, excluding the seasonal agriculture sector, better than the expected 1.35 million.

The unemployment rate fell from 10.2 per cent in July to 8.4 per cent, far below the prediction of 9.8 per cent.

President Donald Trump was quick to boast of the "great jobs numbers" on Twitter:

​But Democratic Party Senate opposition leader Chuck Schumer countered that the level of unemployment was "nothing to brag about."

However, August's rise in employment was lower than the 1.7 million in July, raising fears of a slowdown in the recovery from the economic shutdown imposed in response to the global coronavirus pandemic.

​"The fact that employment is settling into a trend of slower, grinding growth is worrisome for the broader recovery," said Lydia Boussour, an economist at Oxford Economics. Friday's jobs report "confirms that the labor market has entered a frustratingly slower second phase of the recovery."

Private companies added just over 1 million jobs in August, with the government providing nearly 350,000 others, including a quarter-million temporary Census workers.

That was down from the 1.5 million jobs that companies added in July and a sign that employers remain cautious about the economic outlook with the pandemic still out of control.

Furthermore, a Federal Reserve report this week based on anecdotal reports from businesses found "rising instances of furloughed workers being laid off permanently as demand remained soft."

Roughly 29 million Americans are receiving state unemployment aid, although their total benefits, on average, have shrunk by more than half since the end of a $600-a-week federal supplement over a month ago.

The White House has launched a new scheme to provide some of the unemployed with $300 a week, many will be ineligible for those payments. Only those who receive at least $100 a week in state unemployment aid will qualify for the $300 federal supplement, which could exclude at least 850,000 Americans.

One consequence is that rising stress and anxiety are evident at therapists' offices and mental health hotlines around the country. Calls from March through July to the US government-funded Disaster Distress Helpline, which offers counselling and emotional support, surged 335 per cent from the same period last year.

"Not many days go by where I don't have a couple where one partner or both are not working or furloughed," said Todd Creager, a therapist in Southern California.