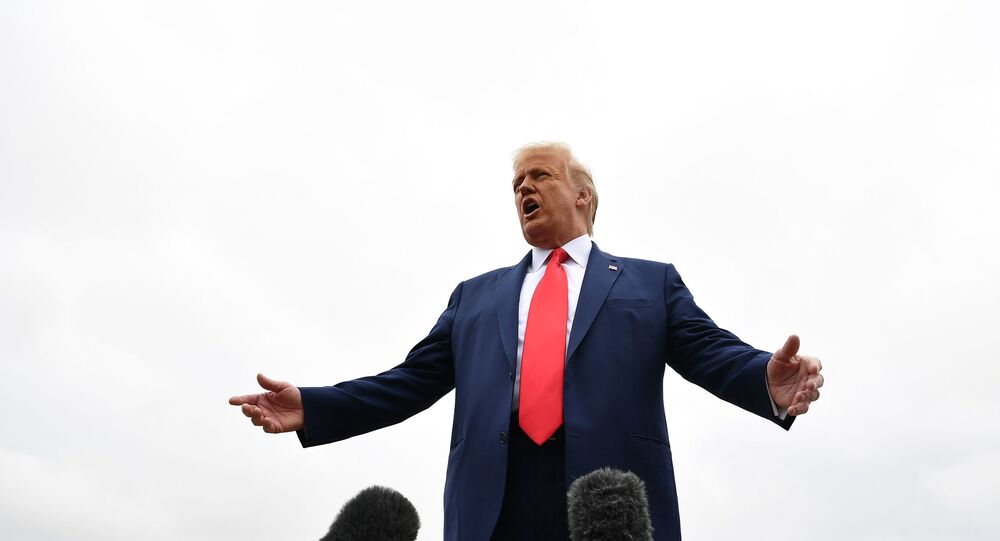 The Clintons believe the Trump campaign won't easily give in, as the incumbent president has repeatedly stressed there will be multiple attempts to steal the approaching vote from him.

While Donald Trump has repeatedly argued the November election could be stolen from him citing potentially fraudulent mail-in voting, former President Bill Clinton has mockingly assumed the incumbent will still refuse to concede defeat should Joe Biden win.

In an Instagram interview with American Urban Radio's April Ryan, the ex-POTUS and his former Secretary of State wife said they believed Trump wouldn't easily give up fighting for re-election.

"I was just thinking he probably won't even come to Biden's inauguration. He'll be stacking sandbags in front of the White House", quipped the former president.

Hillary Clinton went on to warn that the Democrats should not underestimate what lengths the Trump campaign would go to in order to win.

The president has, meanwhile, zeroed in on his belief that the results in the upcoming election will be "the most inaccurate" or "most corrupt" in American history, citing the massive expansion in the use of mail-in ballots.

He has openly admitted that he is hesitant to provide more funding to the American postal service, USPS, because he fears mail-in voting will be rife with voter fraud.

Nancy Pelosi said Monday that voters who are concerned about the integrity of the 2020 election results ought not to pay attention to Trump's statements because they are only meant to "intimidate" voters.

Her comments came amid a debate over operational changes in the USPS, which have been linked to former Tromp ally Louis DeJoy having been appointed as Postmaster General in June. Democrats in Washington have fumed that Mr DeJoy, a former Republican National Committee deputy finance chairman, was installed to hamper initiatives in several states to expand mail-in voting.

However, DeJoy struck back slamming such suggestions as a "false narrative" promoted by Democrats and the media, adding he has been vigorously trying to address slowed-down deliveries across the country. House Minority Whip Steve Scalise, the second-most powerful Republican in the chamber, has likewise dismissed the aforementioned theory as a Democratic "conspiracy theory" and "fabricated crisis".

On Saturday, the Democratic-dominated House passed a bill that would grant the USPS a sum of $25 billion ahead of the election and prevent DeJoy from instituting operational cuts, so that mail will be delivered on time.

Trump's Democratic challenger Joe Biden has been ahead of the incumbent president in national polls for most of the year, the BBC reported, saying he has hovered around 50% in recent months and has had a 10-point lead on a number of occasions.

Yet, the outcomes of polls can hardly be deemed as absolutely demonstrative because the US uses an electoral college system, so winning the most votes doesn't always win a candidate the election. For instance in 2016, Hillary Clinton led in the polls and received nearly three million more votes than Donald Trump, but she still lost, as she won in the states that held fewer votes up for grabs than those where Trump clinched victory.