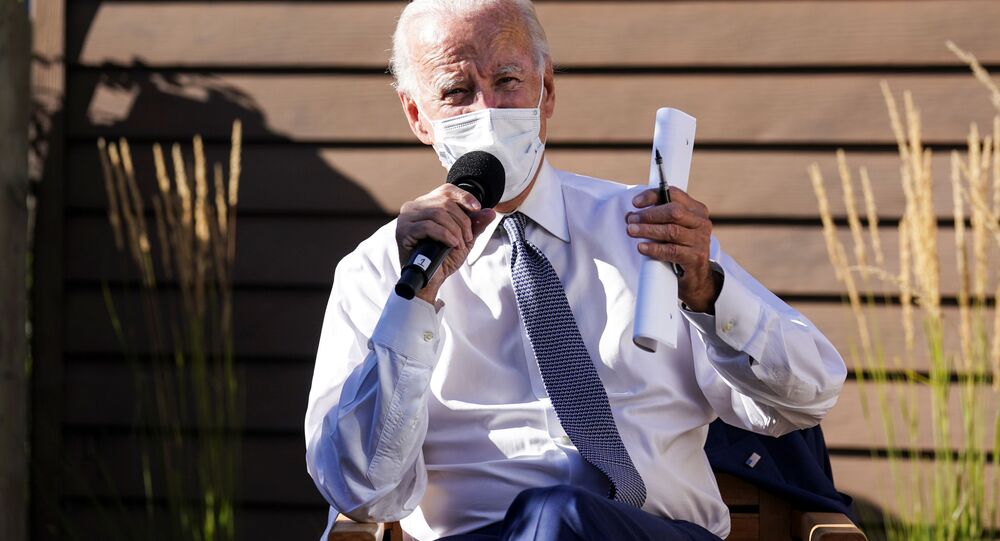 On Thursday, Biden held a community meeting in the small city of Kenosha in Wisconsin, where riots have been taking place since Jacob Blake Jr was shot by police.

Joe Biden is Kenosha says that he can't lay out all his plans in more detail because if he goes on any longer "they'll shoot me." pic.twitter.com/N33k3wyuJl

​Social media users turned to comment on the video, mostly distressed or angry. Netizens thought it was cynical to joke about being shot in a city where a shooting occurred just weeks ago. Netizens were also confused as to who the former Vice President meant when he said: "they".

"Leave it to Joe Biden to travel to Kenosha because of a shooting to say "I'm not gonna lay it out for ya, I won't now because they'll shoot me", one user tweeted.

@frankhayyyyy @frankhayyyyy @realDonaldTrump @DonaldJTrumpJr @EricTrump @dbongino In Kenosha "I could talk more but they would shoot me!" Biden has the gift of poetic speaker no doubt!!!

So the town was destroyed because a cop SHOT someone and he says he can’t lay out his tax plan because they’ll SHOOT him???!!!! Seriously this guy has dementia

He’s not qualified to be President

Other users suggested that Biden avoided elaborating on the plan because it wasn't developed properly.

He has no idea what the plan is.

The shooting joke wasn't the only thing netizens considered weird or distressful about Thursday's event. One user joked that there were not that attendance was low, while others pointed to a speech given by one of the attendees in which the speaker said she was told to read off the paper, implying that there had been some "script" people were given before the event.

Biden travelled to Kenosha just after President Donald Trump visited the riot-torn city, including the remains of a family-owned furniture store and a camera shop that were nearly entirely burnt to the ground by rioters.

Protests hit not only Kenosha but swept across the United States after 29-year old Jacob Blake was shot seven times in the back by local police on 23 August. During that time, Kenosha City suffered $1.95 million in property damage, and the remainder of the county $385,000, the Sheriff's Department said on Thursday.