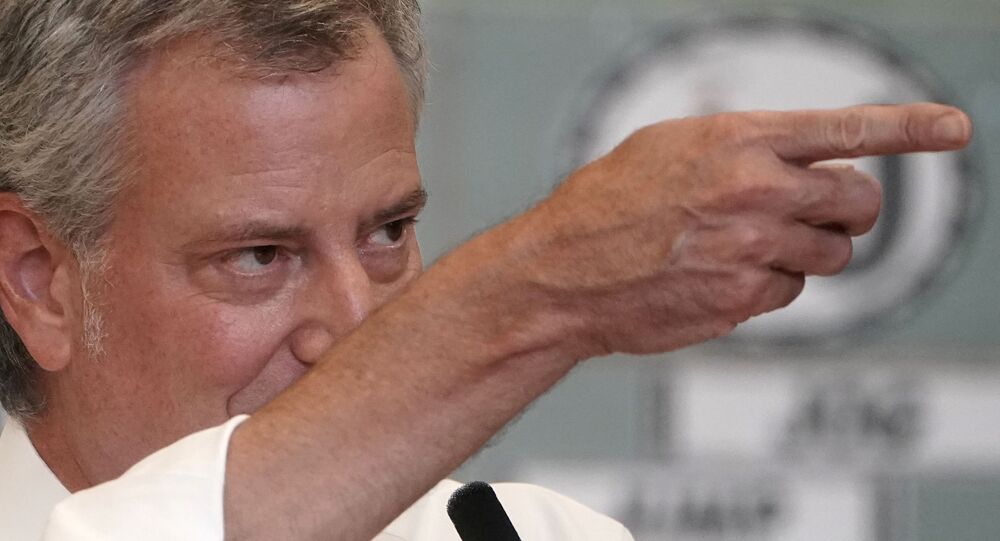 NYC Mayor Slams Trump for Threat of Defunding 'Lawless Zones': 'We Will See you in Court'

Trump earlier directed his administration to consider cutting funds to cities that have been unable to prevent the establishment of "anarchist zones", singling out Portland, Seattle, Washington, DC, and New York City.

"I want to speak directly to the president", de Blasio said at a press conference on Thursday. "If you persist in trying to deny the funding that's keeping New York City going in the middle of this crisis, we will see you in court and once again we will beat you in court."

De Blasio said that the president of the United States could not interfere with funding issues and that Trump's words "don't carry much weight on this topic because the Supreme Court has spoken".

"We are confronting unprecedented challenges—fighting back a pandemic and economic devastation without another stimulus. Now, instead of leadership from the White House, we are faced with new attacks that are unlawful, unconstitutional and will be undoubtedly defeated in court", he said.

The US president said on Wednesday that certain states and local jurisdictions "have permitted violence and the destruction of property to persist". Trump wants his administration to identify these "anarchist jurisdictions" in a month and cut or deprive them of federal grants.

Protests against racism and police brutality have erupted across the United States since the death of black Minneapolis resident George Floyd, often growing into acts of violence against police and local residents, vandalism, arson, and looting.