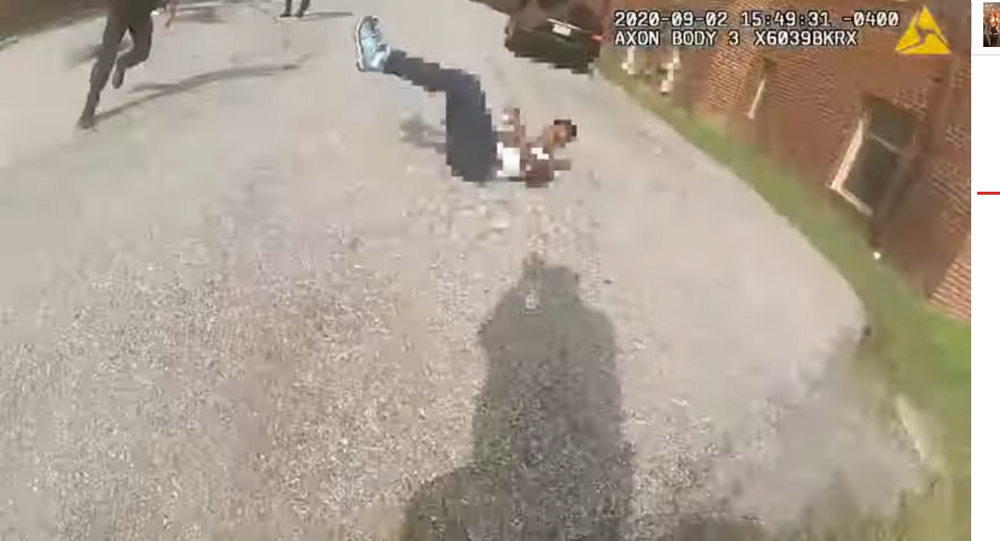 Officers from the US Metropolitan Police Department shot an 18-year-old African American man, identified as Deon Kay, in Washington, DC on Wednesday night, as they were responding to a report of a man with a gun.

A newly released video shows the moment Deon Key, an 18-year-old black man was shot in the chest and killed by police in Washington, DC on Wednesday. He was later pronounced dead at a local hospital.

According to the Metropolitan Police Department, officers responded to reports of a gun-wielding man around 3:50 p.m. on Wednesday.

The footage also features police pull up to a parked car where the 18-year-old and another man are sitting before the two fled on foot.

WARNING: The following video is graphic and may offend sensibilities.

An officer can be heard repeatedly warning the man not to move, as the teeanger, who appears to be holding an object in his hand, tries to run away, before being shot.

Kay then falls to the ground and is heard groaning.

According to DC Police Chief Pete Newsham, Kay had a history with law enforcement and was a confirmed member of a local gang. He, however, stressed that what happened to the teenager is a tragedy.

Police said they found a gun they say was in Kay’s possession, and another gun inside the vehicle he used with his mates.

"Upon arrival, officers encountered individuals in and around a vehicle. Upon seeing the officers, two of the suspects fled on foot. During the foot pursuit, one of the suspects brandished a firearm. In response, an officer discharged their firearm one time, striking the suspect. After all life-saving efforts failed, the suspect was pronounced dead. The other suspect made good their escape and was not apprehended. The decedent has been identified as 18 year-old Deon Kay, of Southeast, DC," the police said.