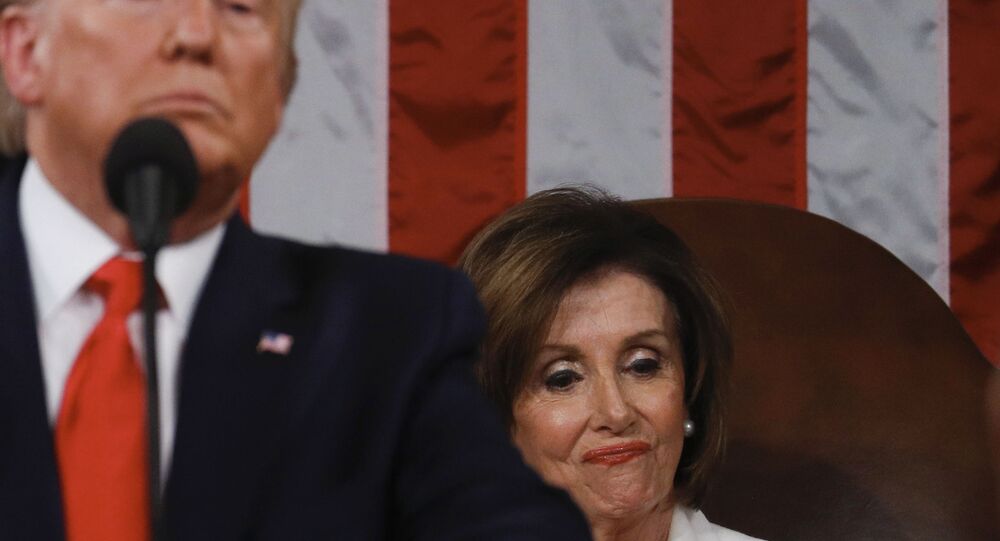 The Speaker of the House, Nancy Pelosi, claimed during a Wednesday press conference that she had been "set up" as she addressed criticism she has faced after she was caught on video in San Francisco visiting a hair salon despite regulations that prohibited such places from providing indoor services due to rules aimed at halting the spread of COVID.

"Does anyone want a Speaker of the House who can be so easily SET UP?"- this is the message that hit Donald Trump's Twitter on Thursday as POTUS again blasted Nancy Pelosi for her controversial visit to a San Francisco hair salon amid the ongoing pandemic, as well as for not wearing a face mask as required by COVID-19-related restrictions.

Crazy Nancy Pelosi said she was “set up” by the beauty parlor owner when she improperly had the salon opened (and didn’t wear a MASK!). Does anyone want a Speaker of the House who can be so easily SET UP?

Trump's fiery tweet came in response to Pelosi suggesting that she had been "set up" as she reacted to a leaked video that showed her getting her hair washed and blow-dried despite regulations that prohibited hair salons from providing indoor services amid the ongoing pandemic.

This is not the first time that the US president has slammed the House Speaker for being seen without a mask at the beauty salon, in breach of San Francisco's coronavirus restrictions.

The congresswoman claimed that she only didn't wear a mask when washing her hair and that was the very moment that was captured on a security camera. She also expressed her belief that the salon owed her an apology.

© AP Photo / Eric Risberg
Nancy Pelosi's Hair Stylist Supports Claim She Was ‘Set Up’ in Salon Scandal
Speaking with Fox News, salon owner Erica Kious described Pelosi's visit as a "slap in the face that she went in, you know, that she feels that she can just go and get her stuff done while no one else can go in, and I can't work".

When the video emerged on Fox News, Pelosi's Deputy Chief of Staff Drew Hammill said in a statement that the congresswoman "always wears a mask and complies with local COVID requirements" and added that she followed the rules enforced by the stylist.

"This business offered for the speaker to come in on Monday and told her they were allowed by the city to have one customer at a time in the business", Hammill told Fox News.