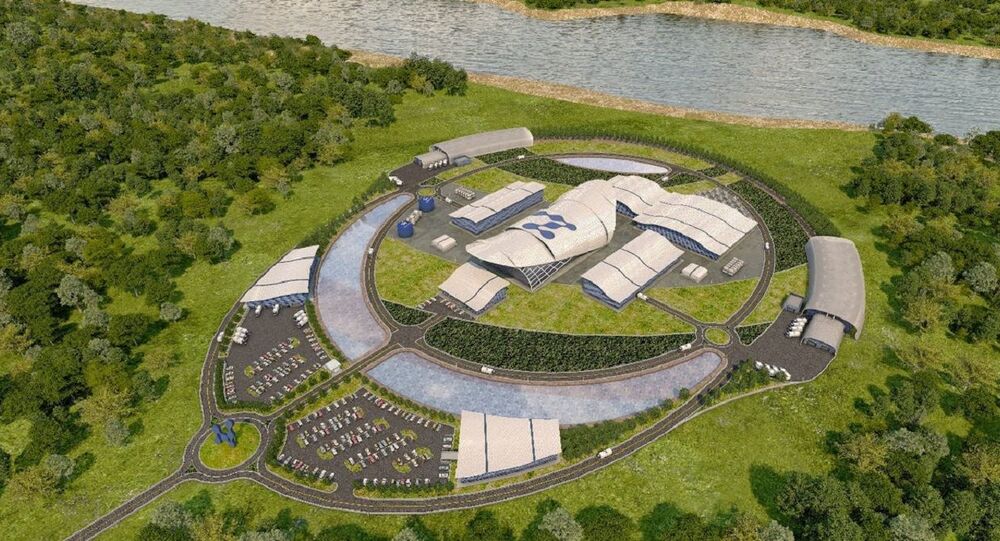 NuScale's application for certification of its small modular reactor (SMR) design for use in the USA was submitted on 31 December 2016, with the power company saying it had spent over $500 million, with the backing of its majority investor Fluor, to develop the project.

The US Nuclear Regulatory Commission (NRC) has given the go-ahead for the first time to a small commercial nuclear reactor, after a final safety evaluation report (FSER) was issued for Portland-based NuScale Power’s design.

​Utah Associated Municipal Power Systems is looking to use the design to construct small modular reactors (SMR) at a 890-square-mile (2,300-square-kilometre) US Department of Energy site in eastern Idaho.

Passive operating processes of the NuScale design incorporate convection and gravity, to produce about 600 MW of electricity using twelve modules, each generating around 50 MW.

​Utah Associated Municipal Power Systems already has agreements in place with the Energy Department to build the reactors, with the first of these slated to go up in 2029, and the entire construction estimated to be completed by 2030.

The chosen site also includes the Idaho National Laboratory, a nuclear research facility that would potentially help with the development of the reactors.

“This is a significant milestone not only for NuScale, but also for the entire US nuclear sector and the other advanced nuclear technologies that will follow,” said NuScale Chairman and Chief Executive Officer John Hopkins in a statement.

NuScale stated that together with its majority investor Fluor, it had invested over $500 million into developing the information needed to prepare its design certification application, with heightened attention given to advanced safety features such as self-cooling and automatic shutdown.

​The twelve modules, according to the design, are submerged in a safety-related pool, located below ground level.

The design's passive features "will ensure the nuclear power plant would shut down safely and remain safe under emergency conditions, if necessary", says NuScale.

The company has added that it will apply for standard design approval of a version using 60 MW modules, requiring additional NRC review.