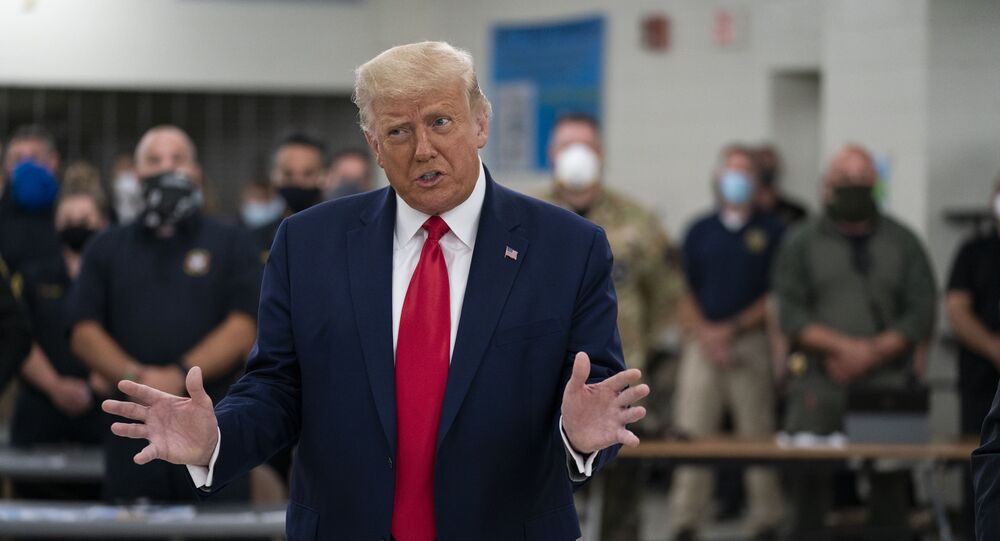 The enforcing of facial coverings has become a contested topic in the United States, with some leading politicians calling for the mandatory wearing of masks amid the coronavirus, while others have called such demands a restriction on personal freedom.

President Donald Trump derided House Speaker Nancy Pelosi for being seen without a mask at a beauty salon, in breach of San Francisco's coronavirus restrictions.

"The Beauty Parlor owner must really dislike Crazy Nancy Pelosi. Turning her in, on tape, is a really big deal", Trump tweeted on Wednesday morning.

He made reference to her support of Joe Kennedy, who lost a Massachusetts primary race the previous day.

​In a later tweet, Trump boasted that the Republicans will "almost certainly take back the House".

Fox News reported on Tuesday that Pelosi had visited a San Francisco beauty salon prior to a wash and blow-out and could be see walking around the establishment without a face covering.

​Salon owner Erica Kious described Pelosi's visit as a "slap in the face that she went in, you know, that she feels that she can just go and get her stuff done while no one else can go in, and I can't work".

"I was like, are you kidding me right now? Do I let this happen? What do I do?", Kious told Fox News, explaining that she can't control what her individual stylists do.

Pelosi's Deputy Chief of Staff Drew Hammill said in a statement that the speaker "always wears a mask and complies with local COVID requirements" and added that she followed the rules enforced by the stylist.

"This business offered for the speaker to come in on Monday and told her they were allowed by the city to have one customer at a time in the business", Hammill told Fox News.

Services at San Francisco beauty parlors weren't supposed to be up and running until 1 September and were meant to be active exclusively outside.