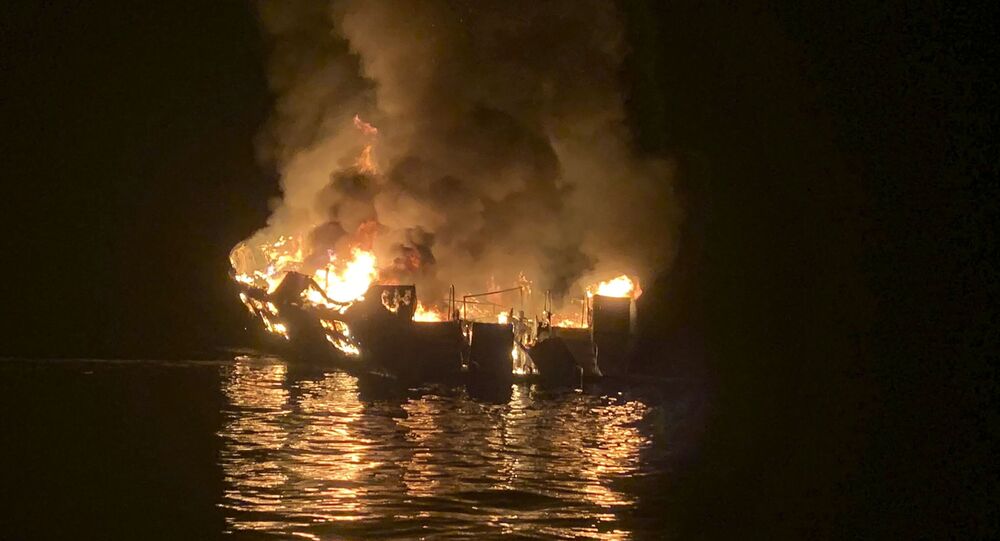 Politics in the United States has become increasingly heated as the 2020 presidential race kicks off. Across the country, violence partly in opposition to the president has seen widespread property damage in major cities.

A man has been put under arrest in Connecticut on Wednesday after being suspected of starting a fire on a boat that displayed a pro-Donald Trump banner.

25-year old Olajuwon Johnson of Bridgeport is being charged with third-degree arson after an incident at the East End Yacht Club on Monday at around 2:30 pm.

Johnson matched the description provided to the police by a 911 caller who said he witnessed the incident take place. The caller later identified Johnson as the person he saw.

Scott Appleby, the director of emergency management and emergency communications for the city, said to Fairfield Citizen that authorities were first alerted to reports of a man with a can of gasoline on the boat.

The 911 caller reported the smell of smoke before identifying that a boat cooler was on fire. The caller extinguished the flames himself.

According to the boat owner, Mark Bourque, Johnson was arrested by police holding a gas canister. He explained that his boat was not badly damaged due to the quick response by the witness.

Speaking to News 12, Connecticut Bourque said he believes his boat was targeted due to the Trump 2020 banner on display.

"It's a shame you can't represent and support your president without somebody trying to set your boat on fire", he said.

On Sunday, hundreds of boats flock to the Connecticut River in Massachusetts to take part in a so-called 'Trump boat parade'.

​The armada of Trump backers began their parade in Hadley and made their way down southbound along the Connecticut River to Brunelle's Marina and to the Boy Scout Island area.

Other similar parades have been held across country as the 2020 presidential election race begins.

SATURDAYS ARE FOR THE
BOAT PARADES 🛶⛵️🚤🛥#TrumpBoatParade in Miami, FL📍 pic.twitter.com/uLcohOTrPB