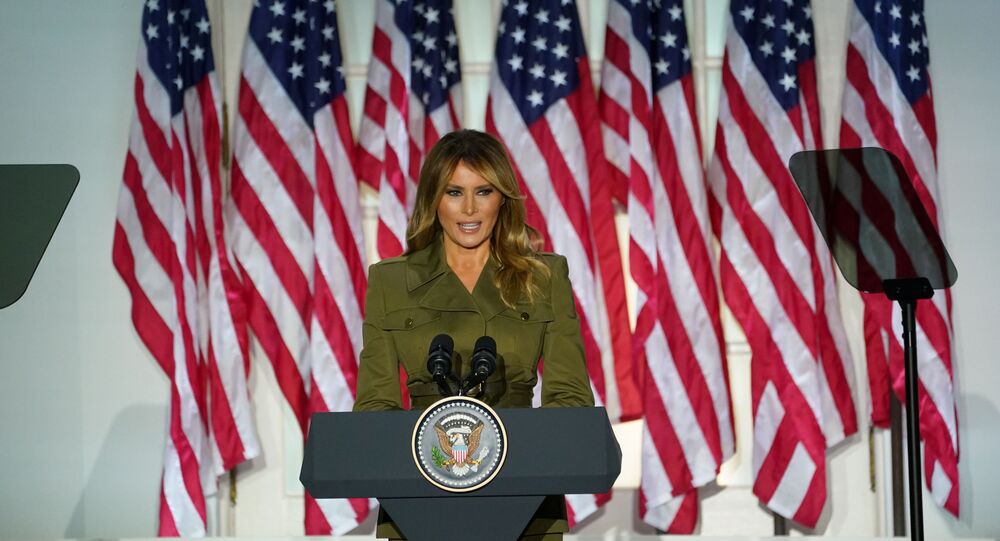 A new tell-all book by a former senior advisor to FLOTUS, Stephanie Winston Wolkoff, entitled “Melania and Me: The Rise and Fall of My Friendship with the First Lady,” reportedly offers better insight into the character and personality of the enigmatic Melania Trump.

Melania Trump resorted to a private email account while in the White House, claims a former adviser who is said to have enjoyed a 15-year friendship with the First Lady, writes The Washington Post.

In an interview for the outlet, Stephanie Winston Wolkoff, whose new tell-all book “Melania and Me: The Rise and Fall of My Friendship with the First Lady,” joins a constellation of Trump take-down books, says the account was linked to the Trump Organization from the email domain MelaniaTrump.com.

According to Wolkoff, who largely served as an unpaid adviser to the first lady, she and Melania Trump corresponded several times a day.

“Melania and I both didn’t use White House emails,” she was cited as saying.

The newly-published book by Stephanie Winston Wolkoff, who first met former model Melanija Knavs in 2003, when she was dating Donald Trump, does not offer any details of the personal email use alluded to in the interview.

The messages dating from after Donald Trump’s inauguration which were provided by Wolkoff to The Washington Post were allegedly sent from private email and messaging accounts.

In them, Melania Trump reportedly discussed issues such as government hiring, contracts, schedules (for her and the president), the Be Best initiative, and the financing of the presidential inauguration.

Wolkoff had begun to work for the Trump administration in 2016 and was involved in preparations for the inauguration.

© REUTERS / Jim Bourg
U.S. President Donald Trump takes the oath of office as his wife Melania holds the bible and his children Barron, Ivanka, Eric and Tiffany watch as U.S. Supreme Court Chief Justice John Roberts (R) administers the oath during inauguration ceremonies swearing in Trump as the 45th president of the United States on the West front of the U.S. Capitol in Washington, DC, U.S., January 20, 2017

Melania's unpaid adviser was subsequently "fired" and "thrown under the bus", according to her interview to The New York Times.

Wolkoff had suggested to the outlet that her “enemies” had intended to make her the scapegoat for alleged corruption amid investigations into spending at Donald Trump’s inauguration, in particular a $26 million payment made to her by the inauguration committee.

There has been no official White House comment on the report.

Alleged use of private email accounts by White House officials has drawn scrutiny before.

Investigations have been conducted into use of private accounts for government business issues by First Daughter Ivanka Trump and her husband, White House adviser Jared Kushner, as well as Commerce Secretary Wilbur Ross.

Most notably, 2016 Democratic presidential candidate Hillary Clinton’s decision to use a private email server for work-related matters while she served as Secretary of State was probed.

The investigation had revealed that in breach of the established rules, Clinton shared over 100 emails pertaining to highly classified US government programmes and other sensitive information via unsecured communications.

Donald Trump had slammed his rival, who got the most individual votes in 2016 but lost the electoral vote to him.

“This is magnitudes worse, in my opinion and in the opinion of many people in law enforcement, this is worse than Watergate… And what does she get out of it? She gets to run for the presidency of the United States,” said Trump.

As the FBI probed the former Secretary of State for misconduct, they determined no "reasonable prosecutor" would bring a criminal case against Clinton, and she and her aides were "extremely careless" in their handling of classified information.