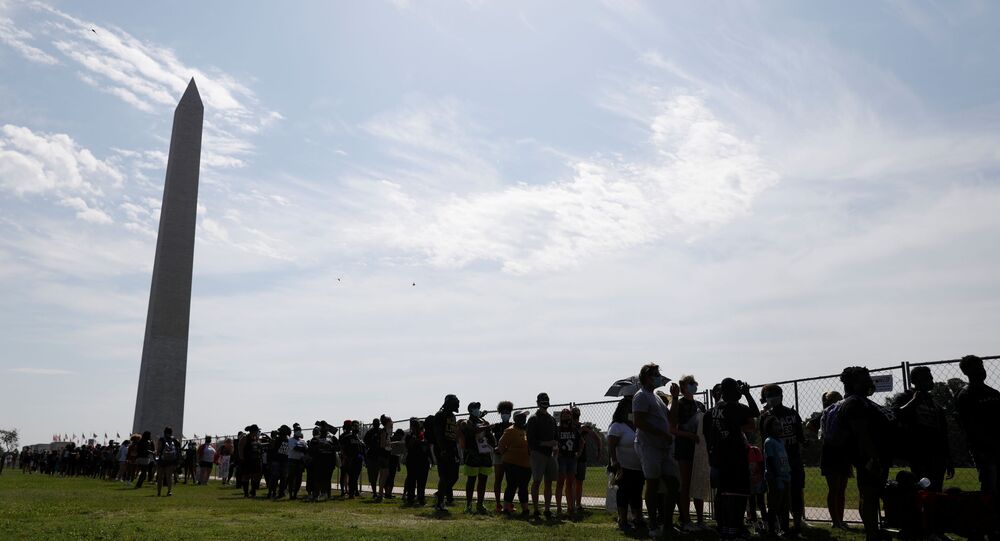 WASHINGTON (Sputnik) - President Donald Trump will not allow the mayor of the nation's capital to go through with plans to remove the Washington Monument, the Jefferson Memorial and other historic statutes, the White House said in a statement.

As part of the protests that erupted with George Floyd's death in May, several monuments dedicated to controversial historical figures who took part in the American Civil War were removed either by the decision of local authorities or by the protesters themselves.

As long as President Trump is in the White House, the mayor's irresponsible recommendations will go absolutely nowhere, and as the mayor of our Nation's capital city - a city that belongs to the American people - she ought to be ashamed for even suggesting them for consideration", the statement said on Tuesday.

The White House said Trump believes these monuments should be preserved for generations to come.