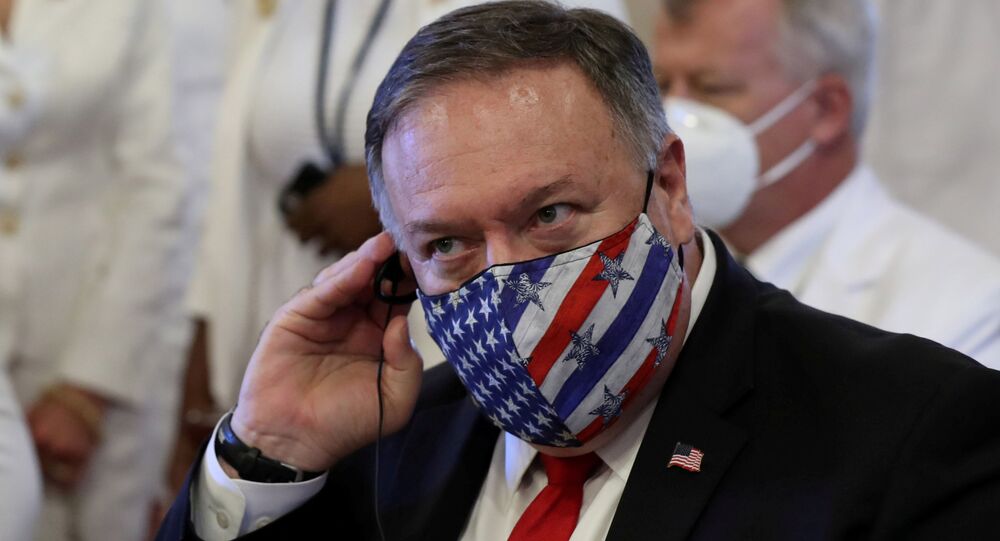 Fox Business Network host Lou Dobbs’ reference to a so-called new Cold War was qualified by US Secretary of State Mike Pompeo, who told Dobbs’ on his primetime show on Tuesday that US schools need to take a hard look at Confucius Institutes (CIs).

A month after receiving a warning from Chinese Foreign Minister Wang Yi about preventing a new Cold War, Pompeo was pushed by Dobbs on the possibility of that becoming a reality with China.

"This is different from the Cold War in that we are challenged by a country with 1.4 billion people," Pompeo replied, as reported by Reuters. "The Cold War analogy has some relevance … The challenges are different, there are economic challenges.”

“And now you’ll see a broader effort, they’ll be announcements, I think, in the coming days and weeks we will see the United States confront this in a very serious way, all for the benefit of the American economy,” he emphasized.

The actual Cold War was a period of several decades of intense military competition between the capitalist United States, the socialist Soviet Union, and their respective allies, stretching from the years after World War II until 1991, when the Soviet Union was dissolved into 15 republics and socialist states in Eastern Europe were overthrown.

An August 13 news release from the US Department of State highlighted that it views CIs as foreign propaganda missions because the Chinese government “partially funds these programs” which “push out skewed Chinese language and cultural training for US students as part of Beijing’s multifaceted propaganda efforts.”

“I think everyone’s coming to see the risk associated with them,” Pompeo said of CIs on Tuesday.

He went on to declare that Beijing has been actively recruiting “spies and collaborators” at US colleges and universities. “I think these institutions can see that, and I’m hopeful we will get them all closed out before the end of this year,” he said.

Dobbs, who formerly worked for CNN, has been repeatedly criticized by others in media for his bias in favor of US President Donald Trump and has made a number of bombastic statements regarding China, particularly after Trump’s baseless claim that the COVID-19 novel coronavirus was released intentionally or unintentionally from the Wuhan Institute of Virology.

Stressing the severity of COVID-19’s impact, the Fox Business host argued in April to former deputy national security adviser K.T. McFarland that if Beijing were at fault for the virus, the US and China should already be at war.

“If we don’t go to war over the loss of 31,000 American lives [to COVID-19] now, and certainly more to come, what do we go to war over?” he asked, soon after stating that he is not interested in yearslong plans, which are generally based on vaccine discovery estimates.

Lou Dobbs speculates coronavirus could be a biological weapon used by the Chinese military, adding "If we don't go to war over the loss of 31,000...American lives, what do we go to war over?" pic.twitter.com/yZRUmjcTeY

The video game, scheduled for a November 13 release, is the sequel to “Call of Duty: Black Ops.” The title’s mention of the Cold War emphasizes that the game is supposedly inspired by actual events, and GFinity Esports claims players "will come face-to-face with historical figures and hard truths.” Russia, Germany, Vietnam and Nicaragua have been reported as locations featured in the game.