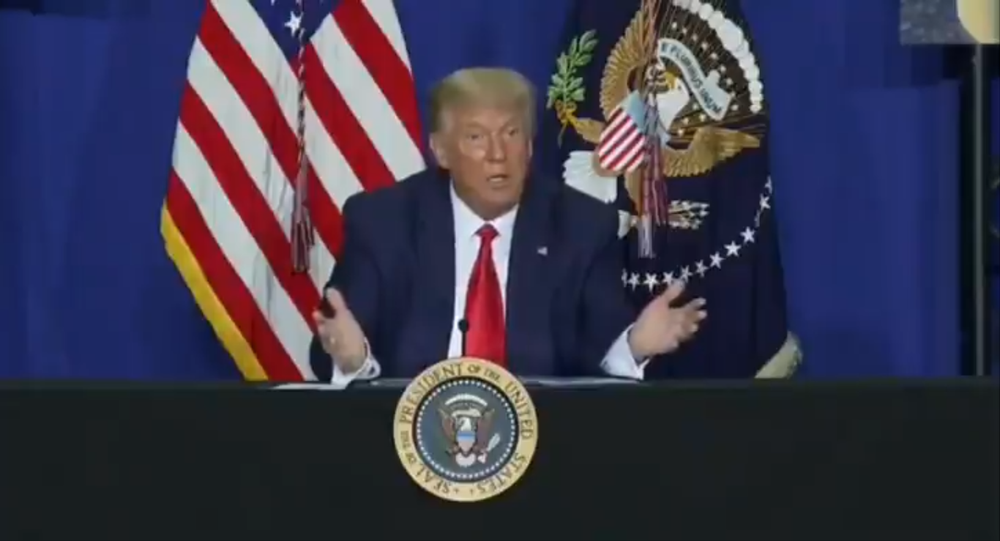 In the wake of massive protests over the police shooting of an unarmed Black man, US President Donald Trump announced on Tuesday he is sending millions of dollars in funds to small businesses as well as the police force in Kenosha, Wisconsin.

Trump said at a roundtable talk in the Wisconsin port city on Tuesday that he was sending extensive financial support to Kenosha, including $1 million to the Kenosha Police Department, "so that you have some extra money to go out and do what you need to do," $4 million to support local businesses "that got burned up, burned down," and more than $42 million "to support public safety statewide, including direct support for law enforcement and funding for additional prosecutors to punish criminals, and resources to provide services to victims of crime."

"When you grab them and then nothing happens, then they're back on the street. That doesn't work out too well," Trump said, noting Attorney General William Barr requested the additional funding.

"I'm committed to helping Kenosha rebuild, we all are," Trump said.

Trump's visit to Kenosha went against the wishes of Wisconsin Governor Tony Evers, who asked Trump to "reconsider" his visit in light of considerations about "what your presence will mean for Kenosha and our state."

“I have to see the people who did such a good job for me," Trump said at a Monday press conference in reference to his Tuesday visit. “It could increase love and respect for our country.”

After 29-year-old Jacob Blake was shot in the back during a traffic stop last week by Kenosha police, inflicting wounds that paralyzed him below the waist, massive protests broke out in Kenosha and across the United States. At least half a dozen buildings were set ablaze in the city and two protesters were killed by a protestor with a rifle.