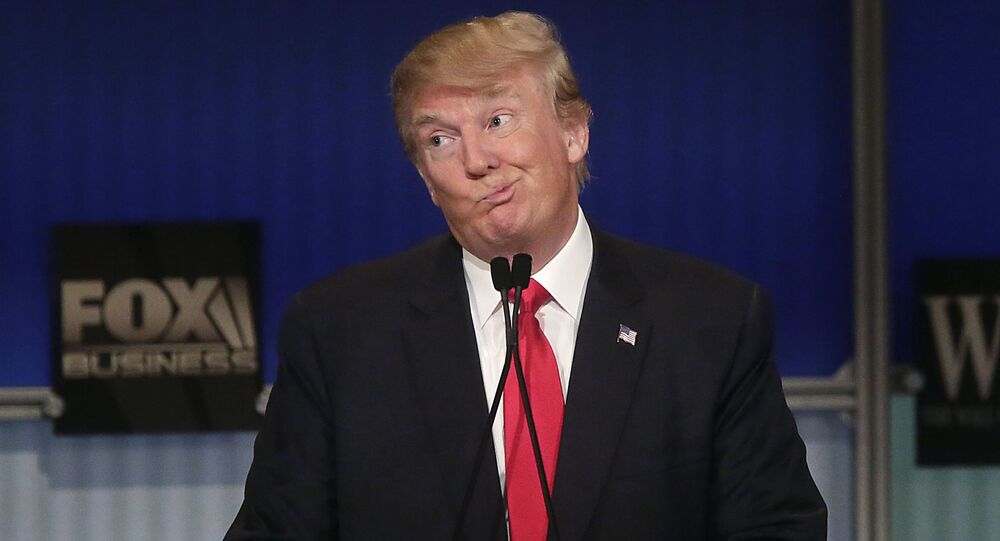 The US president paid a visit to the Walter Reed Medical Center in November 2019, but officials said it was for a “routine” physical exam and that the commander in chief was not “evaluated or treated for any urgent or acute issues.”

Donald Trump offered a peculiar defense of his visit to Walter Reed last year, appearing to challenge New York Times reporter Michael Schmidt’s claim that Vice President Mike Pence was prepared to temporarily “take over the powers of the presidency” during his hospital visit.

“Now they are trying to say that your favorite President, me, went to Walter Reed Medical Center, having suffered a series of mini-strokes. Never happened to THIS candidate – FAKE NEWS,” Trump tweeted.

It never ends! Now they are trying to say that your favorite President, me, went to Walter Reed Medical Center, having suffered a series of mini-strokes. Never happened to THIS candidate - FAKE NEWS. Perhaps they are referring to another candidate from another Party!

However, Schmidt immediately responded, saying his new book mentioning the hospital visit “says nothing about mini-strokes.”

Book says nothing about mini-strokes. https://t.co/XGfJEMsORu

Also on Tuesday, Dr. Sean P. Conley, Trump’s doctor, issued a statement addressing “recent public comments” about the president's health, emphasizing “that President Trump has not experienced nor been evaluated for a cerebrovascular accident (stroke), transient ischemic attack (mini stroke), or any acute cardiovascular emergencies, as have been incorrectly reported in the media.”

It’s unclear whether Trump’s tweet, and the statement by his physician, addressed earlier claims about the president's alleged “strokes” or “mini-strokes.”

In 2019, Dr. David Scheiner, who served as physician to former President Barack Obama, claimed that Trump’s alleged inability to find words during speeches may be an indication that he’s suffering from “small strokes,” and suggested that he should have an MRI done.

Last month, prominent Trump critic author Don Winslow similarly suggested he had received “three communications” that the president had suffered a “series” of “mini-strokes,” without elaborating.

One of the benefits of making videos that garner 5 million+ views is that you hear from a lot of people, including whistleblowers inside Trump administration.

I've received three communications saying that during his term Trump has suffered a "series" of "mini-strokes."

Trump has repeatedly dismissed media rumours about his health, and has instead attacked Democratic presidential nominee Joe Biden, whom Republicans have suggested is suffering from the early stages of dementia.

Trump has repeatedly told media that “something is going on” with Biden, given his tendency to make gaffes, garble words and jumble sentences. Last month, the president accused Biden of 'hiding in his basement' while he was out campaigning, and said if the Democratic candidate “makes it through the debate” and walks off the stage unassisted the biased media “will say it was the greatest performance in history.”

Biden has expressed his own sensitivity toward questions about his physical and mental health. In August, he angrily asked a reporter if he was a “junkie” who was “taking cocaine” after being asked whether he would be ready to take a cognitive test.

The former vice president suffered two brain aneurysms in 1988, requiring two operations, but was said to have made a full recovery "without continued effects."