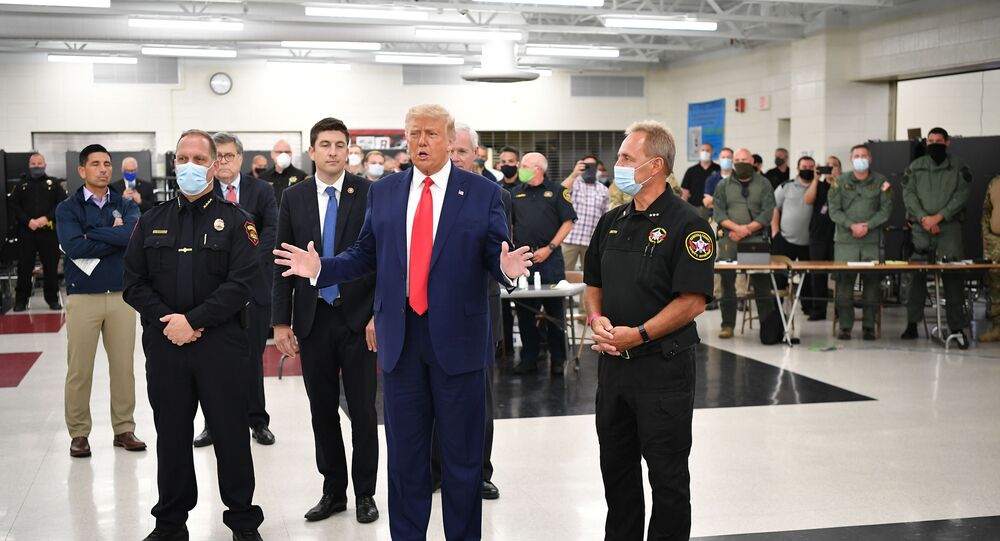 Earlier in the day, Trump said that unrest in Kenosha, Wisconsin, may erupt again during his visit to the city but added that law enforcement would put it out "very powerfully" as it had done earlier.

Watch a live broadcast from Kenosha where US President Donald Trump arrived on Tuesday to discuss "community safety" amid continuing protests against police brutality and racism.

Trump's visit comes a week after a 29-year-old African American man, Jacob Blake, was shot several times in the back by police officers and was left paralyzed from the waist down. According to police, he had forcefully resisted arrest and was holding a knife.

The incident sparked mass protests against police brutality in Kenosha, which resulted in the death of two protesters and massive damage to the city's businesses and private property.

Trump is visiting Kenosha despite the local authorities having asked him not to come to the city to avoid new tensions. Trump said on Tuesday that although his visit could lead to new riots, he relies on the National Guard to quell them quickly.