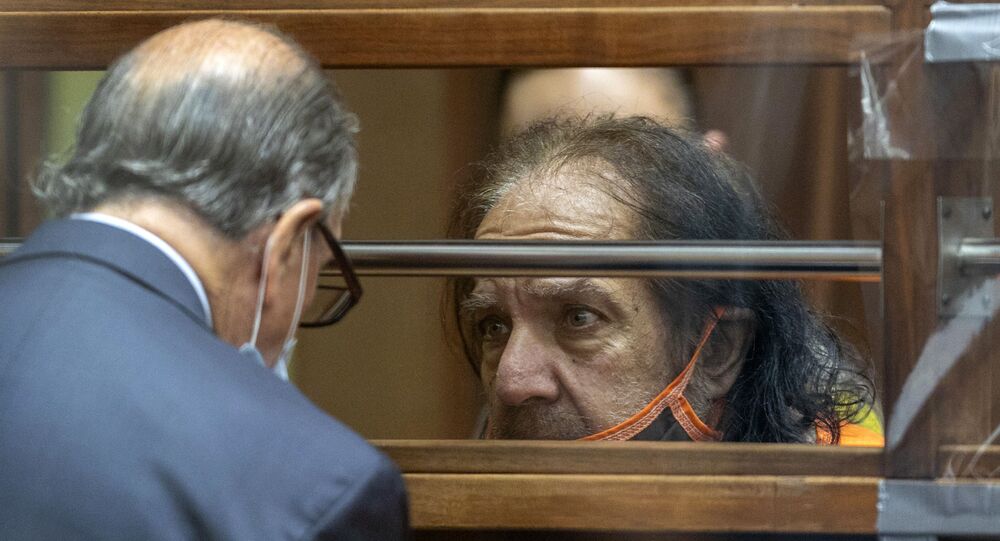 Ron Jeremy has pleaded not guilty to 20 new counts of rape or sexual assault involving 12 women and a 15-year-old girl.

I am innocent of all charges. I can’t wait to prove my innocence in court! Thank you to everyone for all the support.

​At that point he tweeted he was innocent and looked forward to proving it in court.

But the new charges, laid before Los Angeles Superior Court on Monday 31 August and involving several other women, could mean his defence team will seek a plea bargain rather than take the case to trial.

So who is Ron Jeremy and why is he such a big deal?

Ron Jeremy is being charged with 20 sexual assaults. Now the only job he’ll be able to get will be as a GOP congressman.

​Ronald Jeremy Hyatt was born in the New York borough of Queens in 1953 to a respectable Jewish couple - his father was a doctor and his mother had worked for the OSS (the predecessor of the CIA) in Europe during the Second World War.

After getting a degree in theatre and education Hyatt began teaching special education classes in New York but hankered for a career as a Broadway actor.

But Jeremy’s acting career got nowhere…until his girlfriend sent his naked photograph to an adult magazine in 1979.

tagging the @smithsonian on this one

He dropped his surname - reportedly because his grandmother was tired of being asked if she was related to him - and became Ron Jeremy.

Between 1979 and 2006 - when he effectively retired - racked up a record 1,750 appearances in films with titles like For Your Thighs Only, Whore of the Worlds and Attack of the Monster Mammaries.

When I saw why Ron Jeremy was trending on Twitter. pic.twitter.com/Zc0eLKx9u3

In 2015, while in England promoting his own brand of rum, Jeremy told a reporter from the Jewish Telegraph: “I had intended to do adult movies for a while, then go into something more mainstream. But the rules just kept coming…I have done 2,000 adult films, so people may think ‘Gee, it’s a hell of a time to complaint about it now’.”

In late 2017, in the wake of the #MeToo campaign, Jeremy was investigated by the Los Angeles district attorney's task force which probed sexual misconduct in the entertainment industry.

She told The Sun: “The stories are all the same. People would go up to him and be really excited because they were getting to meet Ron Jeremy and asked to take a picture."

Jeremy - who has never married - has been held in custody since June, having been unable to find the US$6.6 million required to post bail.

Despite appearing in hundreds of films his net total worth is said to be only around US$6 million, and that includes his home in Beverly Hills.

The most recent of the charges date from January this year when he allegedly sexually assaulted a 21-year-old woman in Hollywood.

If convicted he could face up to 250 years in prison.