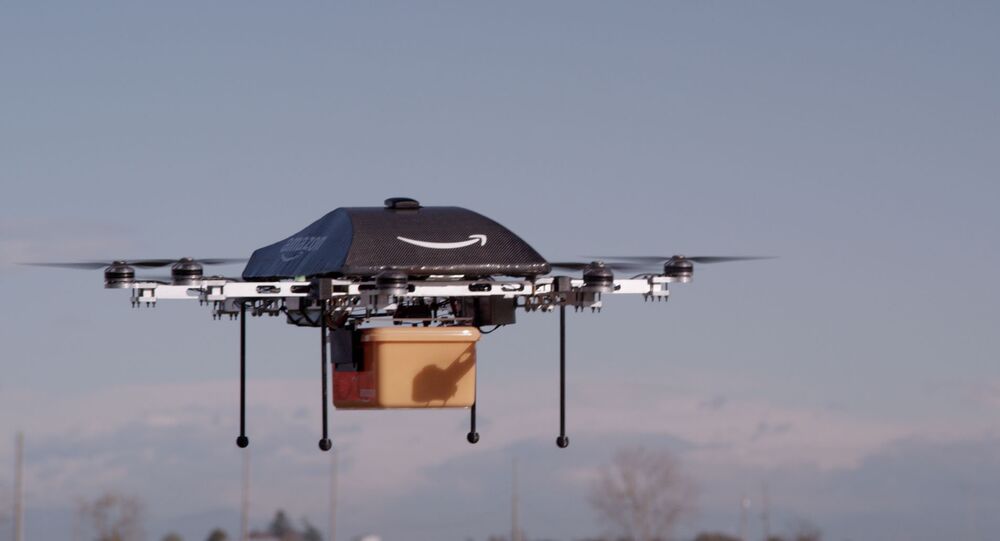 Amazon's programme for delivering packages with flying drones was unveiled back in 2013, but its launch was postponed due to health and safety concerns.

The Federal Aviation Administration has given Amazon approval to operate as an "air carrier" in the United States, Bloomberg reported on Monday, allowing its drones to deliver packages to US customers under a trial programme.

Amazon's vice president in charge of Prime Air, David Carbon, told the newspaper that the approval "indicates the FAA's confidence in Amazon's operating and safety procedures for an autonomous drone delivery service that will one day deliver packages to our customers around the world".

Amazon has not yet clarified where exactly it will offer deliveries, but the company occupies several test sites in the northwest of the country and the Vancouver area. In 2016, Amazon also performed trial deliveries in Cambridge, United Kingdom, but it did not grow into a regular delivery service.

Another company, Wing, has been performing drone deliveries in Virginia since 2019, while smaller companies are also waiting for FAA approval.