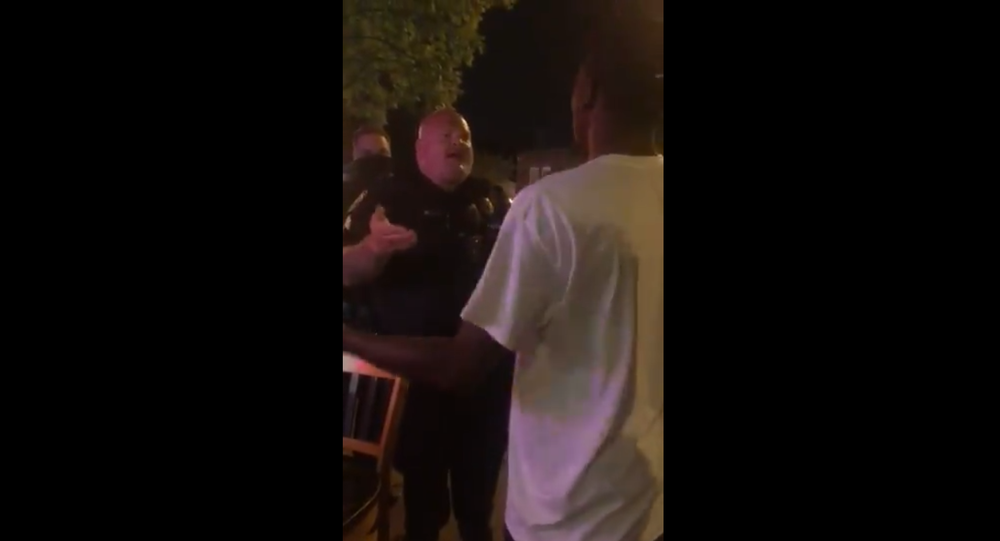 A Columbia, South Carolina, police officer was initially suspended, but has since resigned from the police force, just days after social media and netizens got their hands on reportedly leaked footage showing the Columbia Police Department (CPD) official repeatedly using the N-word while engaging in a heated discussion with a Black resident.

Sgt. Chad Walker, a 14-year veteran of the CPD, resigned on Friday after the leaking of at least one recording which shows him failing to deescalate the predictable aftermath and crowding that ensued outside of Bar None after officers enforced the governor’s executive order suspending the service and consumption of alcohol at the establishment. Walker himself reportedly identified “several violations” of the order, according to the CPD.

Bar None was immediately required to cease serving and allowing the consumption of alcohol on its property by around 11:00 p.m. local time, police claim.

The footage, as well as a correct identification on the offending officer and his badge number, continued to circulate online over the weekend and is still being republished via social media.

Be advised, the footage below contains language some audiences may find offensive.

Columbia, SC: well-fed white cop ranting at length about the meaning of the word...

...well, you can guess which one

Walker, who is white, is overheard repeatedly using the n-word in his heated conversation with a local resident, who is Black. While those in the immediate vicinity express their disgust over his use of the racial slur, Walker continues to seemingly escalate the situation after accusing the Black man of being the first to use the word.

"People of color? The gentleman right there that called me a n****r?” he asks the crowd, gathered outside following the shuttering of the establishment. However, the footage continuing to make waves on the web shows otherwise.

Walker resigned, effective immediately, from the police force during a public meeting on the event. County Judge Thomas Best detailed that the calling for Wright’s resignation was promptly put forth by members of the court on Friday - just a day after various video clips went somewhat viral on various platforms.

“It is evident the actions of Sgt. Walker were a clear failure to fulfill the expectations and standards of our department,” CPD Chief Skip Holbrook said in a news release published alongside Walker’s full-length body camera recording of the incident.

While Holbrook also apologized on behalf of the force, the actual release appears vague on the subject matter, making not one direct mention of the county’s Black community.

“The officer’s behavior is inexcusable and completely inconsistent with what the Columbia Police Department and citizens expect from officers,” the official CPD Twitter account tweeted late Sunday afternoon, also claiming an “internal review” will be conducted.

We agree. The officer’s behavior is inexcusable and completely inconsistent with what the Columbia Police Department and citizens expect from officers. We are better than his actions. Rest assured that this incident is under investigation by South Region Command.

“We are better than his actions. Rest assured that this incident is under investigation by South Region Command,” CPD concluded.