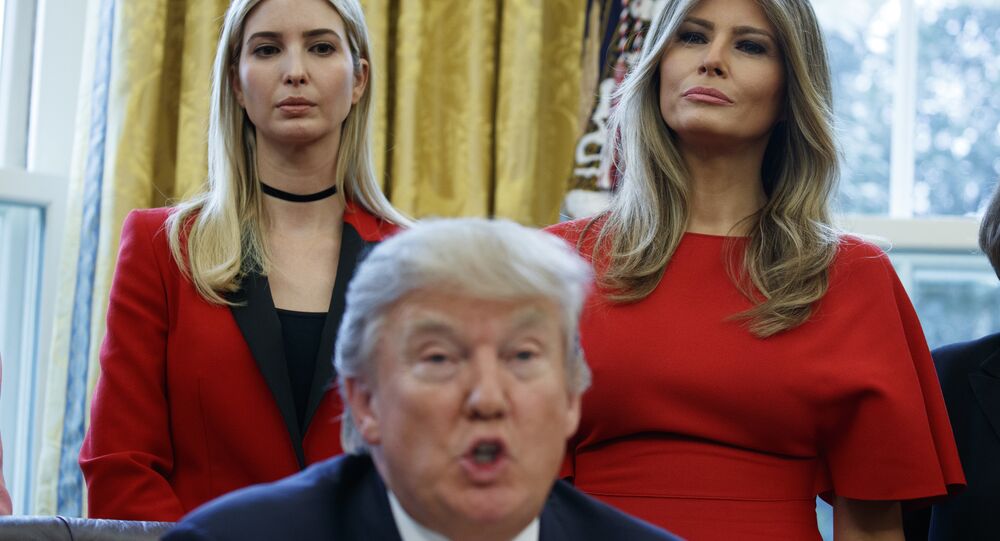 The new book reportedly mentions Melania likening herself to a modern “Jacqueline Kennedy” and seeking to “restore sophistication and elegance to the White House”.

First Lady of the United States Melania Trump did not seem particularly thrilled when Ivanka Trump voiced her plans to become President of the United States, the Daily Mail reports citing a source connected to "Melania & Me", a new upcoming book by Stephanie Winston Wolkoff, former senior advisor to FLOTUS.

According to the newspaper, the book offers “more details about the frosty tension” between Melania and Ivanka.

"Melania would roll her eyes whenever she heard Ivanka ramble on about her grand plan on becoming America's first female president with Jared by her side", the source said. "Jared would ultimately chime in with, 'She's got what it takes, she's a born leader, the people love her, look at her' and Melania would mumble no thank you."

The source added that the First Lady also had to contend with Don Jr's conviction that he "would follow in his dad's footsteps in becoming Commander in Chief."

"Melania would discretely shake her head in disgust over these two running around the White House saying 'look at me, look at me' and acting like they were the ones in charge", they remarked. "While Melania strived for peace and order in her new home, she compared the White House to an out-of-control circus thanks to its self-appointed co-ringleaders Ivanka and Don Jr."

The source also revealed that the book features details about Melania likening herself to a "modern day Jacqueline Kennedy" and proclaiming her mission as being to "restore sophistication and elegance to the White House" which she allegedly said was "lacking a feminine touch".