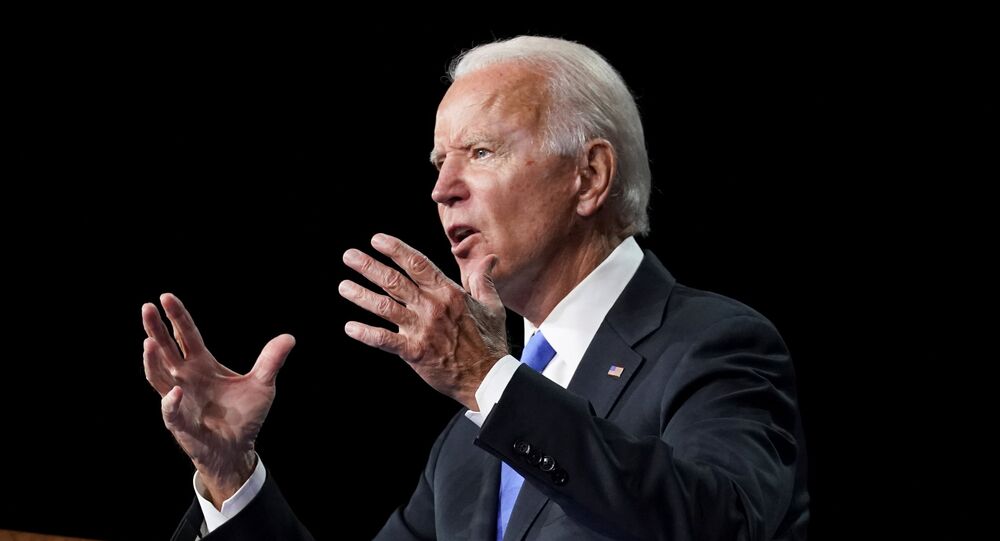 "The deadly violence we saw overnight in Portland is unacceptable. Shooting in the streets of a great American city is unacceptable. I condemn violence of every kind by anyone, whether on the left or the right. And I challenge Donald Trump to do the same," Biden said in a Sunday statement.

He accused Trump of "fanning the flames of hate and division" and "recklessly encouraging violence."

"We must not become a country at war with ourselves. A country that accepts the killing of fellow Americans who do not agree with you. A country that vows vengeance toward one another. But that is the America that President Trump wants us to be, the America he believes we are," Biden said.

Trump, in his turn, said that Biden could not afford to take a hard stance on issues related to violence because that could cause him to lose supporters.

"He [Biden] must always be weak on CRIME because of the Bernie Sanders Radical Left voter. If he loses them, like Crooked Hillary did, he is ‘toast’, and many will vote for me because of TRADE (Bernie was good on trade). Joe MUST always be weak on crime!" Trump said on Twitter on Sunday.

The US President accused the Democrats of failing to preserve law and order in certain states.

"When is Slow Joe Biden going to criticize the Anarchists, Thugs & Agitators in ANTIFA? When is he going to suggest bringing up the National Guard in BADLY RUN & Crime Infested Democrat Cities & States? Remember, he can’t lose the Crazy Bernie Super Liberal vote!" Trump said in a separate tweet.

At least 19 people were detained in Portland after protesters set fire to the Police Association building and attacked law enforcement officers on Saturday.

Also on Saturday, thousands of people gathered for a "Trump cruise rally" at the Clackamas Town Center, from which they drove to Portland. One person was fatally shot during confrontations between the Trump supporters and "Black Lives Matter" protesters in Portland on Saturday.

Violent protests, attacks on police, court buildings and federal government facilities have been ongoing in Portland for more than three months, beginning with the 25 May killing of an unarmed African-American man, George Floyd, during his arrest in Minneapolis, Minnesota.