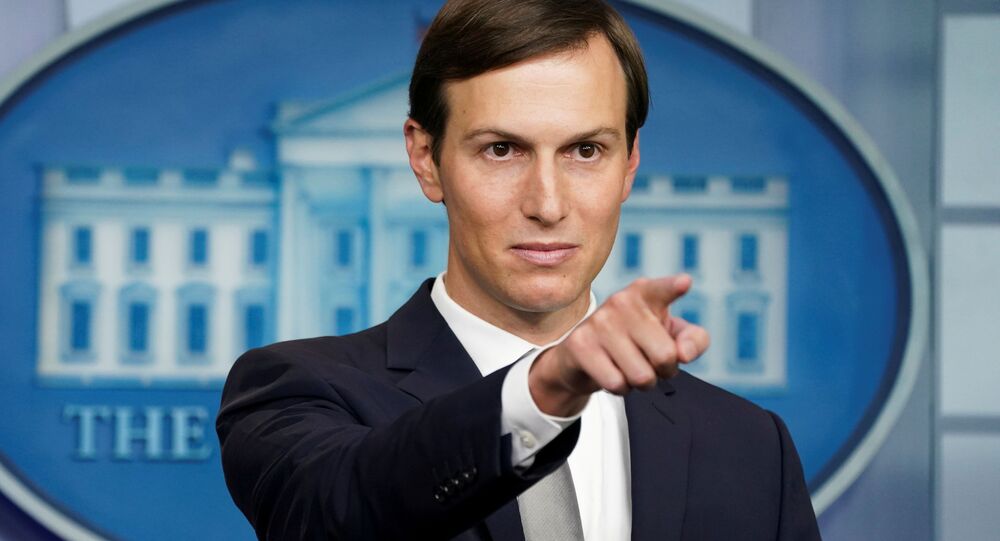 The confidential memo was cited in an upcoming book titled ‘Donald Trump v. The United States: Inside the Struggle to Stop a President’ about the clashes between Trump and officials of his own administration who have attempted to rein him in. Written by New York Times correspondent Michael Schmidt, the book is set to be published on 1 September.

“The information you were briefed on one week ago and subsequently relayed to me, raises serious additional concerns about whether this individual ought to retain a top security clearance until such issues can be investigated and resolved,” McGahn wrote in his memo to Kelly, according to Axios.

The former White House Counsel, who served in the Trump administration from the day of the president’s inauguration until resigning in October 2018, called for the reduction of the Trump son-in-law's security clearance, reportedly arguing against granting Kushner access to highly classified information.

“Interim secret is the highest clearance that I can concur until further information is received,” McGahn said, referring to the level of the classified data.

Author Schmidt said in his publication that “by reducing Kushner's clearance from top secret to secret, McGahn and Kelly had restricted” his access to the President's Daily Brief (PDB), a daily summary of high-level, all-source information and analysis on national security issues provided by the US intelligence community.

Schmidt pointed out that McGahn acknowledged in the memo that Trump could disregard the security concerns and grant his son in-law the clearance himself, which is what happened, as the president later intervened to ensure Kushner received top-secret security clearance.

At the time, a spokesperson for Kushner claimed that the president’s son-in-law received his security clearance under ordinary protocols.

“In 2018, White House and security clearance officials affirmed that Mr. Kushner’s security clearance was handled in the regular process with no pressure from anyone," the representative for Kushner said in 2018, according to The Hill.

Jared Kushner, husband to Trump's oldest daughter, Ivanka, is currently the president's senior adviser on Middle East peace. He is said to have played a role in the formation of an Israeli-Palestinian peace plan dubbed "the deal of the century", announced on 28 January 2020, which has been condemned and rejected by the Palestinian side.