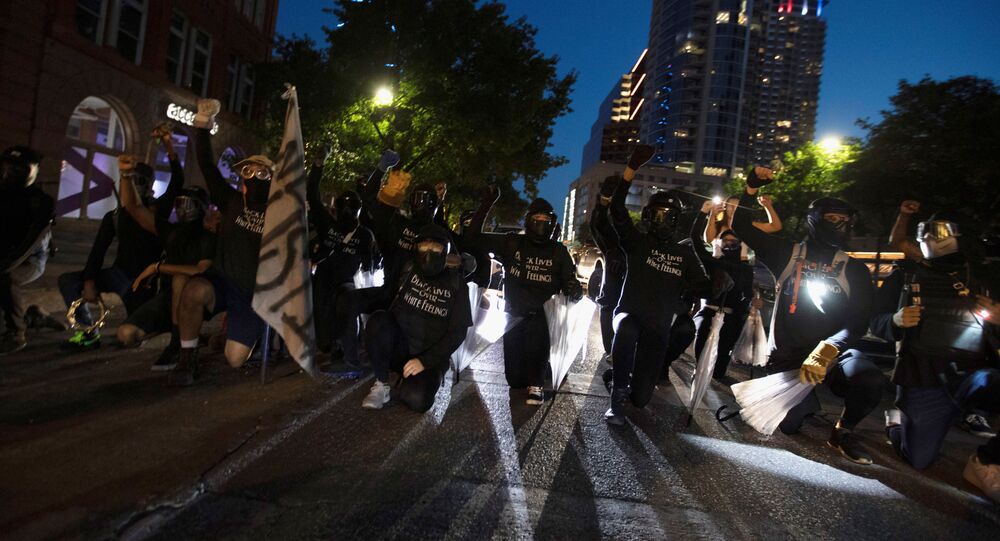 A spokesman for US President Donald Trump has accused media outlets in the US of ignoring and even being complicit in violence at some Black Lives Matter protests.

Hogan Gidley suggested to Fox News' Media Buzz on Sunday that journalists had suddenly "found Jesus" after Joe Biden acknowledged that the demonstrations were not all peaceful.

"Ninety days we've been talking about the death, the destruction, the looting, the rioting," Gidley said. "The media complicit in that, ignored it for 90 days. And then all of a sudden, a few days ago, Joe Biden says something about violence in our streets and it's incredible, the media found Jesus all of a sudden on the topic."

Gidley laid into Democrat-run city and state governments for refusing Trump's offer of federal security forces to tackle the unrest.

"President Trump has offered to send in federal assets into many towns, many cities across this country," he said. "Democrat-controlled areas, those governors, those mayors refuse to let that happen."

Host Howard Kurtz pointed out the extensive news coverage of the new wave of BLM protests over the May 25 killing of George Floyd by Minneapolis police officer Derek Chauvin, as well as more recent incidents of documented police brutality.

"But with descriptors that they were peaceful," Gidley countered. "Joe Biden himself called them peaceful protests. In fact, he said it was the police that were inciting the violence."

The Trump spokesman said the accusations by Biden's deputy campaign made earlier on Sunday, that the president is inciting violence, are "absolutely ridiculous" and a "flat-out lie."

"The president’s been the one talking about violence in our streets and how we make our families feel safe again," the White House spokesman insisted, adding, "The last couple days have been completely mind-blowing to me and very revealing as to the media's purely political agenda."

The latest outbreak of rioting this weekend was in Kenosha, Wisconsin, after a white police officer shot a Black man, Jacob Blake, seven times in the back after a call to an incident at a home in the city. Blake, facing sexual assault charges, was left paralysed from the waist down.