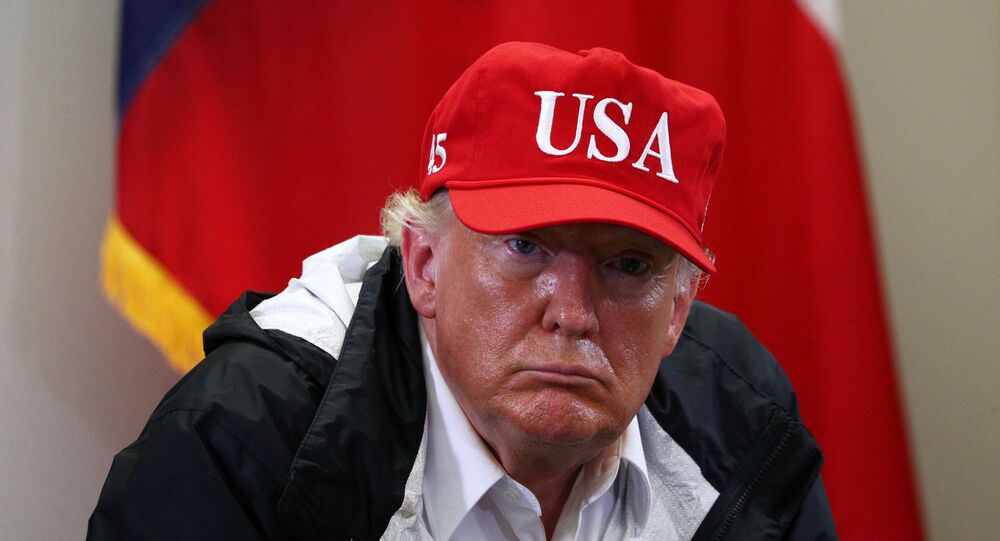 Earlier, Senator Rand Paul claimed that he and his wife were "attacked by a crazed mob" of over 100 people as the couple was returning to their hotel from the final day at the Republican National Convention.

US President Donald Trump called for the immediate arrest of "thugs" who "accosted" Senator Rand Paul and "made threats" to others who attended the Republican National Convention at the White House.

"The thugs who accosted Senator @RandPaul and his wonderful wife, Kelly, together with those who made threats to many other people who had just attended the Republican National Convention at the White House, must be sought out and immediately arrested. Well documented evidence!", Trump tweeted Saturday.

The thugs who accosted Senator @RandPaul and his wonderful wife, Kelly, together with those who made threats to many other people who had just attended the Republican National Convention at the White House, must be sought out and immediately arrested. Well documented evidence!

​Trump's remarks follow an incident that occurred earlier with Paul as he and his wife returned from the final day of the RNC. On their way to the hotel, they were claimed to have been "attacked by an angry mob of over 100", according to Paul, who later thanked police officers for "literally saving our lives".

The footage emerged on social media, showing cops escorting the couple through a group of people who were chanting the name 'Breonna Taylor', as well as slogans like: "say her name" and "no justice, no peace".

As the protesters, for unclear reasons, chose Paul to denounce over the death of Breonna Taylor, as he introduced a bill named after Breonna Taylor. The bill envisages a ban on "no-knock warrants", as Taylor was shot dead after police officers mistakenly stormed her house and killed her, although they had the wrong house.

Paul was not the only attendee accosted after the RNC's final day, as a gay social media activist named Brandon Straka reported a homophobic assault that he and his two colleagues suffered at the hands of protesters following the convention. According to a tweeted video, he and his companions were spat at in the street and called "faggots".

"I haven’t endured an anti-gay attack like this in probably 10 years. #BlackLivesMatter activists physically assault me & Mike Harlow on our way into our hotel, calling us faggots & threatening us. The one girl comes back & knocks my friend’s phone out of her hand", he wrote in his caption.

Nationwide protests against racism and police brutality have been rocking the United States since late May, after George Floyd, a black Minneapolis resident, was killed by white police officers while in custody, asphyxiated by a cop's knee on his neck for around 9 minutes.