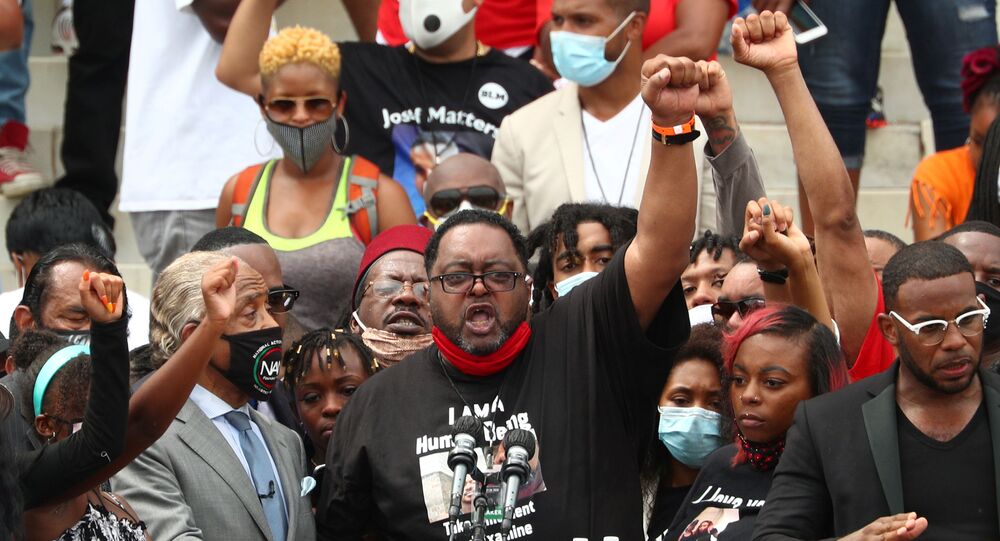 Jacob Blake Unshackled From Bed in Hospital After His Warrant Vacated

The incident involving local police shooting Blake several times in the back left the African-American man paralysed and sparked a spate of protests in the Wisconsin city of Kenosha, some of which turned violent and resulted in looting sprees.

The attorneys of Jacob Blake, a 29-year-old African-American man who wound up in hospital after being shot in the back several times by a local police officer, have announced that their client has finally been unshackled from his bed in the hospital. One of them explained that a warrant connected to three domestic abuse-related charges that were pressed against Blake had been vacated and the man will no longer be guarded by police officers or restrained in his movement.

The measure raised many questions, as after to his encounter with the police, Blake was left paralysed and physically unable to get up from bed, let alone flee the medical facility. His father, Jacob Blake Sr., said that he had no clue as to why his son was shackled to the bed.

"He is shackled to the bed, but he cannot get up, he could not get up, he is paralyzed […] I guess he is in custody, I don’t know", Blake Sr. said.

Kenosha police said Blake was shackled due to being subject to pending sexual assault charges, adding that it was standard procedure in this type of case.

Blake wound up in hospital after one of the police officers who were trying to arrest him, possibly over the sexual assault and domestic abuse charges, shot the man seven times in the back. An investigations into the case of purported excessive use of force by the law enforcement officer recently revealed that the two policemen had tried to stop Blake from resisting by using Tasers at first, but did not succeed. The incident sparked a spate of protests against police brutality in Kenosha, some of which resulted in looting and in the death of two protesters following an altercation with a 17-year-old armed with an AR-15-style rifle.