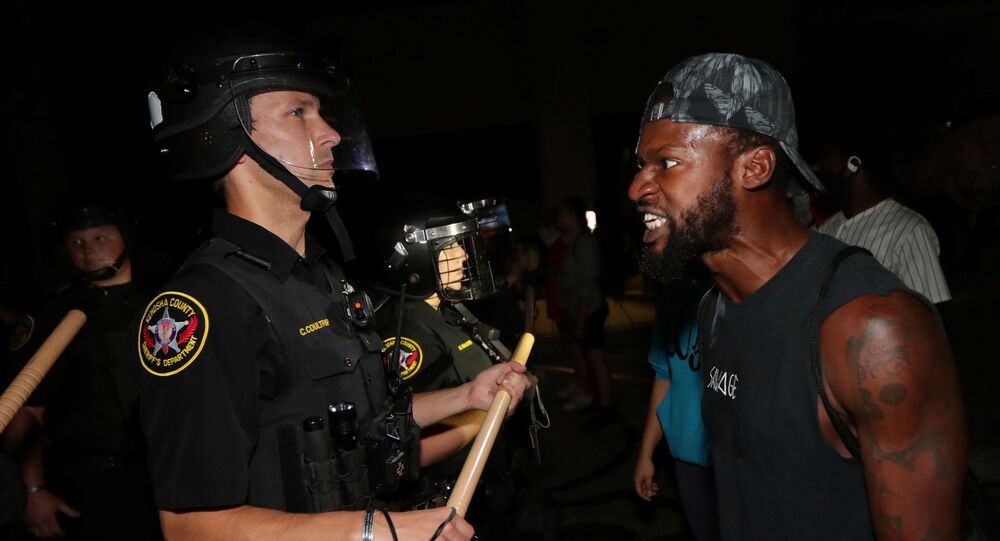 Earlier this week, Jacob Blake’s father said that his son now has “eight holes” in his body and is currently paralysed from the waist down following the 23 August shooting of the African-American man by police officers in the US city of Kenosha.

Jacob Blake Sr., the father of the Kenosha police shooting victim, bewildered CNN star host Anderson Cooper by using a rather odd way to describe his feelings during Saturday’s interview.

“Some say Brussels sprouts taste good”, Blake Sr. said when asked to comment on the Kenosha police union's claims that his son was armed with a knife and fought with officers before one of them shot the African-American man in the back.

When Cooper, in turn, said that he doesn’t “get the reference", Blake explained, “I hate Brussels sprouts”.

He also did not think twice before describing the Kenosha police union as “bunch of dudes that pay dues so they can go someplace and meet and get away from their wives”.

Dwelling on the ways to apply justice for his son, Blake said that it may be found “out there over the rainbow, in the little house that Dorothy flew in on a tornado”.

He was apparently referring to the iconic 1939 film “The Wizard of Oz” based on Frank Baum's 1900 novel titled The Wonderful Wizard of Oz.

The remarks come a day after an attorney for the Kenosha Professional Police Association claimed in a statement on Friday, that 29-year-old Blake had a knife and “forcefully fought” with officers prior to the shooting. This was followed by one of the man’s attorneys rejecting the police union's claims as “overblown”.

© REUTERS / STEPHEN MATUREN
'Are You Listening Portland?' Trump Touts No Violence in Kenosha Since Deployment of National Guard
Last Sunday, a white Kenosha cop, now identified as Rusten Sheskey, shot Blake at least seven times after police arrived at the scene, where the 29-year-old man was trying to break up a fight between two women.

Blake remains in serious condition in hospital and is paralysed from the waist down, according to his father. The shooting triggered a wave of protests in Kenosha, some of which turned violent and saw vandalism, arson, and looting.