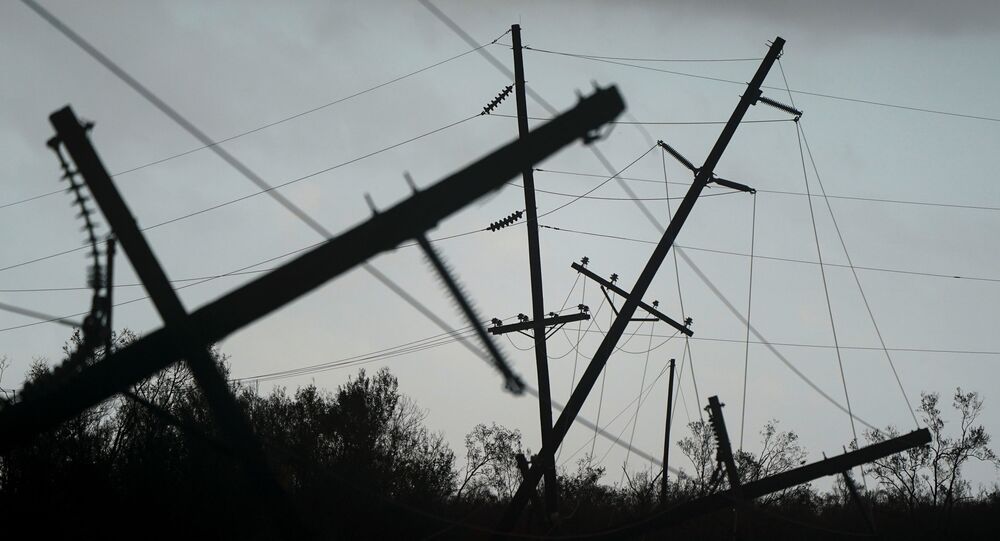 At Least 14 Dead After Hurricane Laura Batters Southern US - Photos

Hurricane Laura hit Louisiana’s coast on Thursday evening. The storm, which was designated as a Category 4, was one of the strongest to ever make landfall along the US coast in the Gulf of Mexico. President Trump has vowed to visit the affected area later today.

At least 14 people died in the United States when Hurricane Laura swept across the country's southern states, US authorities and local media said on Saturday.

According to Louisiana Governor John Bel Edwards, at least 10 people died in the state due to the calamity. Half of the victims lost their lives due to carbon monoxide poisoning caused by the indoor use of power generators. Another four people were killed by falling trees, while another man drowned in a boat accident.

© REUTERS / ELIJAH NOUVELAGE
Brent Morvant (L) gets help from neighbor Ricky Williams while cleaning up his paint and body shop after Hurricane Laura passed through the area in Cameron Parish, Louisiana, U.S. August 28, 2020.

Meanwhile, Texan authorities reported four deaths, three of which were also caused by carbon monoxide poisoning, while the fourth victim was killed by a falling tree.

The devastating storm, which registered just below Category 5 threshold - the highest possible hurricane strength, made landfall on the US coast in the Gulf of Mexico on Thursday. The area was battered by powerful winds reaching up to 240 kilometres per hour.

The hurricane, named Laura, has since been downgraded to a tropical storm.