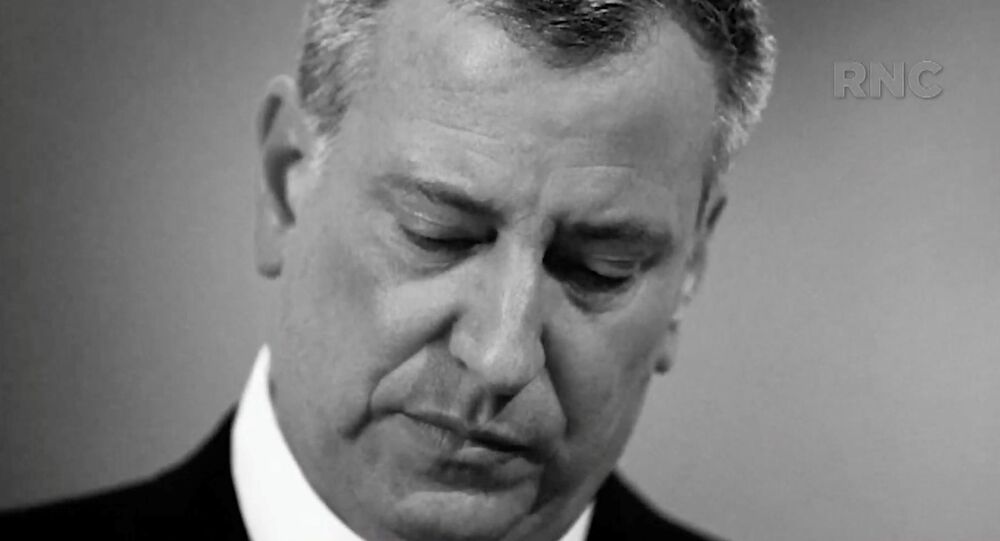 The head of the Sergeant Benevolent Association (SBA), Ed Mullins, demanded that NYC Mayor Bill de Blasio step down by sundown, claiming that the latter has "ruined NYC" and suggesting that his exit would be a "gift" to the 8 million people of the city.

Mullins' demand comes in response to de Blasio tweeting about the Republican National Convention. The NYC mayor's ongoing tweet feedback of the RNC was full of criticism, with de Blasio claiming that, instead of hearing about plans to slow the spread of the COVID-19 pandemic and get Americans back to work, viewers watched "lies about the greatest city in the world and one of the most diverse places on Earth". De Blasio, in his last tweet of the night, accused Trump of being "afraid of diversity" and "true greatness".

The NYC police union, alongside most law enforcement entities in the nation, enjoys Trump's endorsement, and reacted with its demand for de Blasio to step down.

We need to hear you RESIGNED as Mayor of NYC. We are WAITING. Only a few hours left until sundown. Give 8 million people a gift & quit. You ruined NYC, Save the City and step down. @NYCMayor @NYCPBA @NYCPDDEA @realDonaldTrump @DonaldJTrumpJr @FoxNews @NY1 @TLMDPR @wpix @lbanypd https://t.co/avnqk6HbnQ

​The angry police union tweet received a quick response from the mayoral press secretary, Bill Neidhardt, who denounced the police union boss as a "disgrace to the labor movement".

"Ed Mullins and RNC speaker Pat Lynch do not represent the views of most New Yorkers, let alone the rank-and-file. They're a disgrace to the labor movement. Their embrace of a racist president shows how ill-equipped they are to serve a diverse city and a majority-minority force", Neidhardt tweeted.

De Blasio is not publicly friendly with the SBA or Trump, as both sides regularly exchange accusations and criticism. The mayor last month slammed the police union boss as a "liar", in responding to condemnation of the handling of the ongoing George Floyd anti-police brutality protests and increased violence.

De Blasio also demanded an investigation into the SBA, after the agency published the arrest record of his daughter, who as a protestor, allegedly blocked traffic during demonstrations. The New York City also stated that he would seek to cut $1 billion from the annual NYPD budget, out of an estiomated $6 billion for 2020.

The NYC mayor has received criticism during the RNC, as the event management assembled and broadcast a "diss" video that called de Blasio "disgraceful".