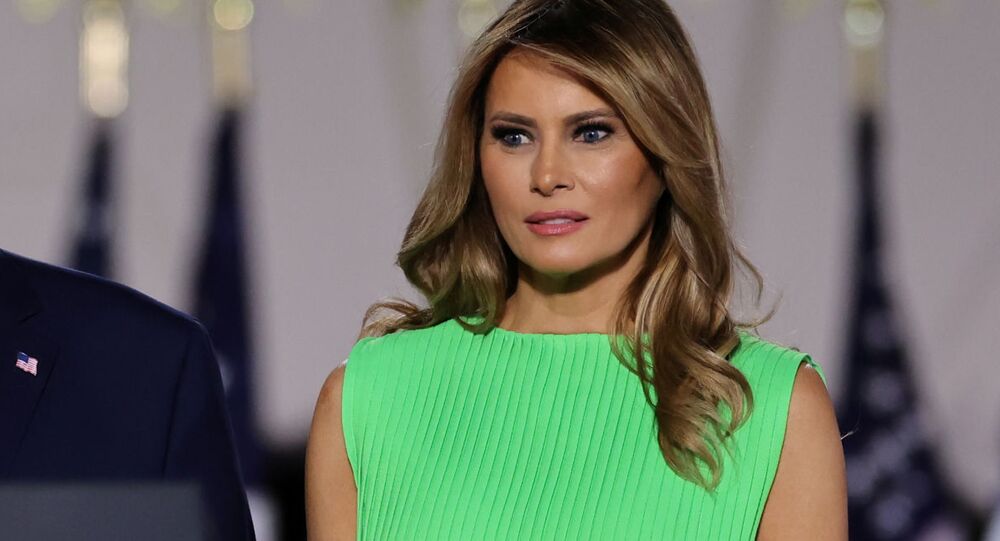 Thursday was the fourth and final night of the 2020 Republican National Convention (RNC), in which US President Donald Trump accepted his party’s nomination for the US presidency. Ivanka Trump was the last of the president’s children to speak at the event.

A facial expression made by the US first lady, Melania Trump, as her step-daughter Ivanka Trump passed by following the delivery of a speech on the final night of the Republican National Convention on Thursday went viral, described as “so weird”.

By the end of Ivanka’s speech, US President Donald Trump and FLOTUS had walked on stage as the daughter walked past them. Melania met Ivanka at the beginning with a broad smile, but soon, her facial expression changed one hundred and eighty degrees.

I see that Melania and Ivanka are getting along juuuuust fine. pic.twitter.com/ktnmRBBG7Q

Netizen claimed they were shocked by the incident, which took place at the same place where Trump accepted the nomination by the Republican Party for the 3 November US presidential election.

This was so weird. #RNC2020 pic.twitter.com/YHReTl0bfT

Melania Hates Ivanka So much

Is it because Trump Wanted to date her ?

Recap: Typical propaganda. There was an added layer of copaganda tonight, though. Melania's drugs hit as Ivanka came on stage, and she mistook her for a dragon. Trump's speech was flat, as he didn't have time to hit Kim Guilfoyle's cocaine.#RNC2020

Me too. She gave her a look or said something to Melania that shocked and pissed her off. They better watch out or Melania will get pissed off enough to spill all the beans. Hell hath no fury like a woman scorned and all that!

She looked furious after Ivanka walked by. Must be trouble in plastic land. I mean. Look at the fury in her eyes.

Hahaha! This outdoes the inauguration stank

While Trump was delivering his nomination acceptance speech, Melania and her son Barron, the president’s youngest child and his only child with FLOTUS, were at the time away from the rest of his children, who sat on the another side of the stage.

Earlier in the day, a report by Just Jared citing an upcoming book about the relationship between Melania and Ivanka, written by former FLOTUS senior adviser Stephanie Winston Wolkoff, revealed that the first lady has been referring to the president’s eldest daughter as “Princess”.

Wolkoff detailed in her book incidents of disagreement between the two members of Trump's family, including a conflict that happened at the 2016 inauguration.