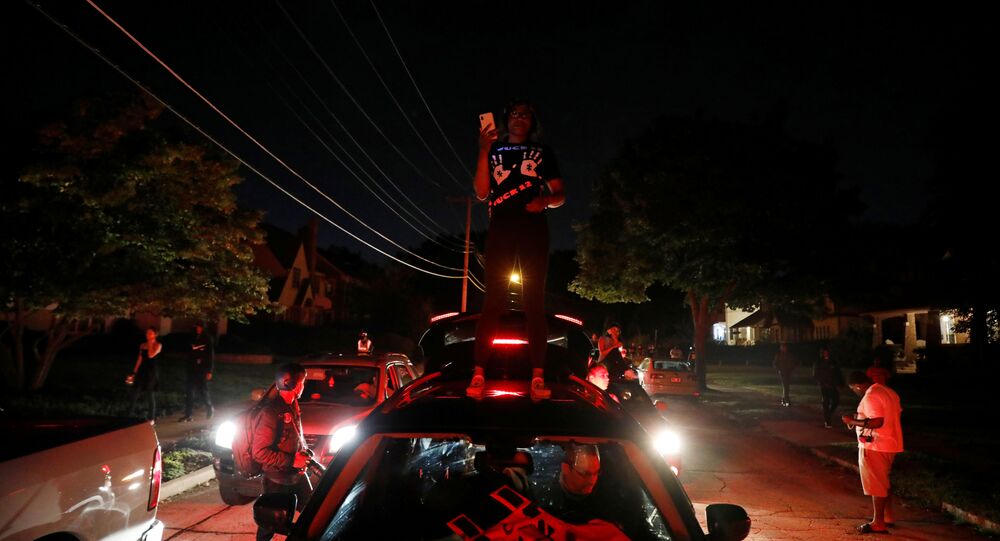 The Wisconsin city of Kenosha saw violent protests after a video emerged online showing a white police officer shooting a black man named Jacob Blake seven times in the back. Though surviving the shooting, Blake is now said be paralyzed from the waist down.

Another round of protests is expected to take place in the city of Kenosha over the shooting of Jacob Blake, a black man shot by a white police officer on Sunday.

The white Kenosha cop, now identified as Rusten Sheskey, shot at Blake seven times and hit him four times, an event recorded on video and posted online. Blake is hospitalized and remains in serious condition, and is said to be paralyzed from the waist down, according to family members.

The shooting triggered a wave of protests in the city, some of which turned violent and saw vandalism, arson and looting. Two protesters were killed and one injured by an out-of-state, 17-year-old shooter on Tuesday. The teen was later arrested after returning to his home state of Illinois following the killings, and charged with first-degree murder.

A state of emergency has been declared in Wisconsin, and the White House has deployed around 1,000 National Guard troops and 200 federal agents at the governor's request to help curb the civil unrest.