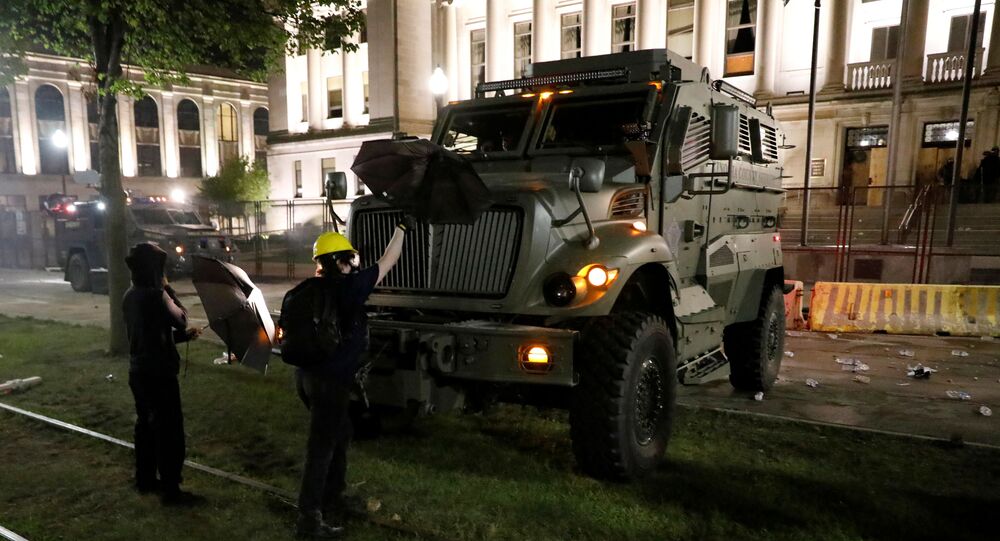 WASHINGTON (Sputnik) - Kenosha authorities on Thursday said calm was restored after three nights of violent protests, but more security forces are expected to arrive in the city.

"Since Wednesday the entire atmosphere of Kenosha has changed dramatically... The crowds last night were small, there were a few hundred people. They walked peacefully through Kenosha," Sheriff David Beth said during a briefing. "Hopefully we over of what we have to face."

He added that last night there were no more "streams of cars coming to Kenosha county" with "different people with different agendas" and the protests were dominated by Kenosha’s people whom he described as "loving, peaceful and good with change."

Beth praised federal and state authorities for sending reinforcements to Kenosha where two people were killed and one seriously injured on Tuesday night in a shooting described by media as a vigilante incident. The suspect, a 17-year-old male, was arrested several hours later in the neighboring state of Illinois and was charged with first degree murder.

Kenosha officials still refuse to disclose any details of the shooting or to speculate whether the suspect belonged to white armed militias which reportedly came to the city to confront Black Lives Matter and other leftist protesters.

"We have commitments from three other states. Arizona, Alabama and Michigan and will be sending some of their National Guard members here to assist in this effort," he said. "They will be here and hopefully be assisting us as early as tomorrow night in some cases,"

Mayor John Antaramian promised to set up a number of committees to deal with an issue systemic violence and said that the city is asking for federal and state aid to local businesses.