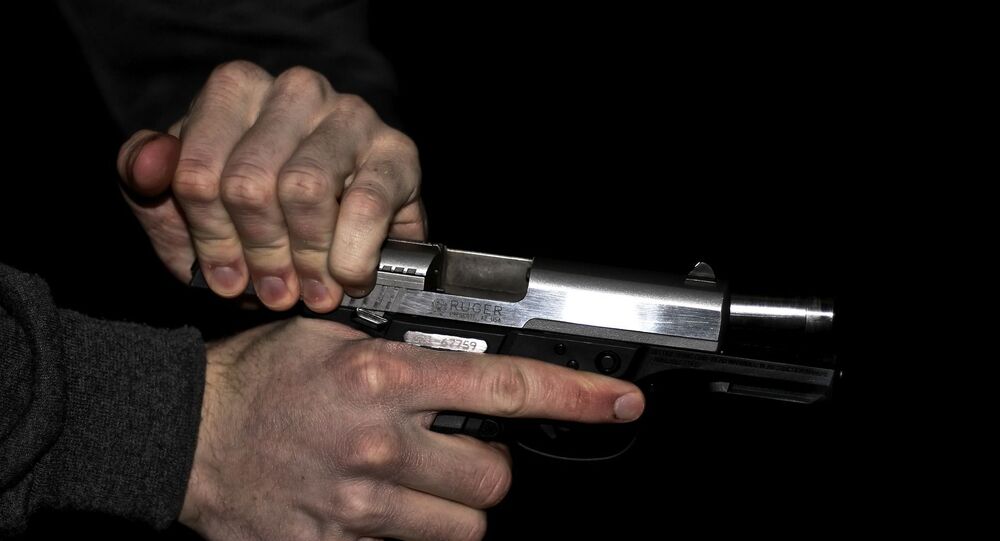 While the Second Amendment of the US Constitution says that the right of citizens to keep and bear Arms shall not be infringed, gun rights supporters in the US are in conflict with some who believe the country needs more gun control, insisting that it will reduce gun violence and prevent crime.

Democratic congressman Rep. Sean Casten from Illinois linked gun ownership to having "small genitals" during talks with college students via Zoom. A vocal gun control advocate, Casten questioned the reasons one needs to own a gun in modern times, immediately introducing intense backlash.

“If you are a constitutionalist, unless you’re a member of well-regulated militia, tell me why you need to own a gun, right? Having small genitals is not a sufficient reason to own a gun", Casten remarked during the Zoom call.

The statement caused waves among netizens, particularly gun rights supporters, who did not consider Casten's argument as reasonable.

The storm on social media denounced Casten for apparently not considering that women can own guns as well.

Uhh,I am a woman, & well, if you're defunding Cops, I certainly NEED a gun.Yes,I know you want me to become a noodle and just give up, but I fight back.

​Others questioned whether "genitally challenged" people are worthy of less respect in Casten's opinion.

My questions to Rep. Casten. So what? What if it's in fact true? How does it matter? Are genitally challenged people somehow less deserving of respect? Does your statement include women? Do women who own guns have "small genitals"? Why are you so concerned about their Junk?

​Users wondered whether the congressman understands precisely the definition of small genitals.

Exactly how many Gun owner's GENITALS did Democratic Rep Sean Casten inspect & hold in his field study which brought him to this conclusion? What methods of measurement did he use? How is it he's even qualified at identifying "Small Genitals"?

Having small genitals is not sufficient reason to own a gun. Sean Casten. Have you looked at a lot of gun owners dicks? Why do dems like to talk about dicks so much? Why do you care about the size of my dick and how it relates to me having constitutional rights? #dickonthebrain

Casten's political rival, Republican Jeanne Ives, accused him of taking “a radical position” on the issue.

He takes a radical position & describes those who oppose in the most degrading terminology he can possibly think of. Casten has shown us who he is – an extremist, & what he wants – to abolish freedoms & make government your keeper. Our question to voters: Is that what you want?”

​Debates over gun control have been ongoing for the history of the United States, as those who advocate additional gun regulation observe that it will reduce gun violence and crime.

Those who stand with the right to bear weapons refer to the Second Amendment in the US Constitution that says: "A well regulated Militia being necessary to the security of a free State, the right of the people to keep and bear Arms, shall not be infringed."