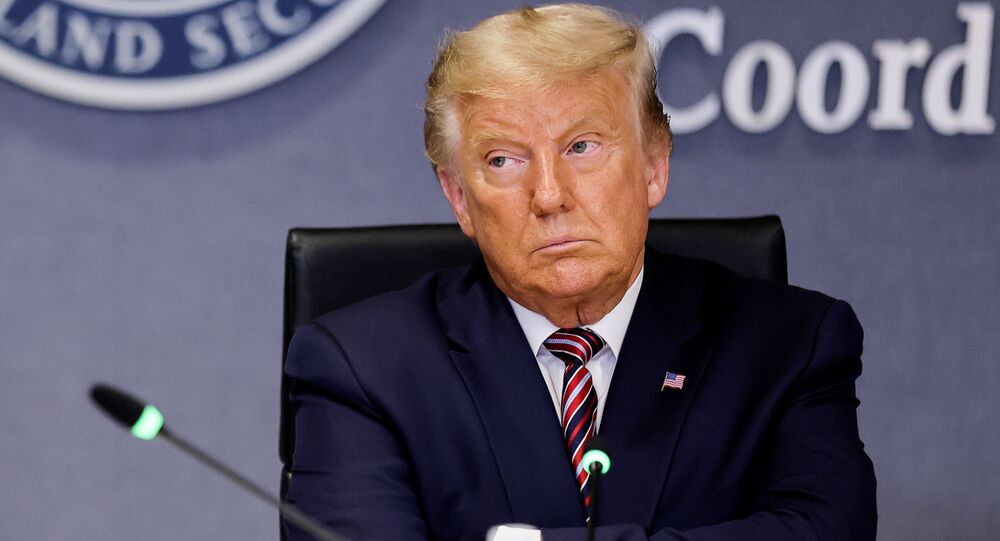 WASHINGTON (Sputnik) - US President Donald Trump said on Thursday that he is ready to deploy far more US National Guard soldiers to the state of Wisconsin if needed to restore order amid unrest in the wake of the Jacob Blake shooting.

“We called up the National Guard. We sent them out and they did a fantastic job last night. We had virtually no incident," Trump said. “So, it went very, very smooth. We had a relatively small force. We can be much larger. If necessary, we’ll move a much larger force there, but we didn’t need too much and it worked out very well in Wisconsin.”

Trump said he appreciated the fact that the governor of Wisconsin had requested federal help with local protests, and said the city of Portland should do the same thing.

The president added that if any cities have problems and request the help of the National Guard, he will deploy forces immediately.

Blake, 29, was shot in the back by police in front of his children on Sunday in the Wisconsin city of Kenosha while he was reportedly trying to break up a fight between two women. Blake's father said the man had been shot seven times, which left him paralyzed from the waist down.

The incident ignited a new wave of protests against police brutality and racial discrimination in the United States, which initially started with the killing of another African American man, George Floyd, in police custody on 25 May. The city of Portland has witnessed nightly protests for the last three months.