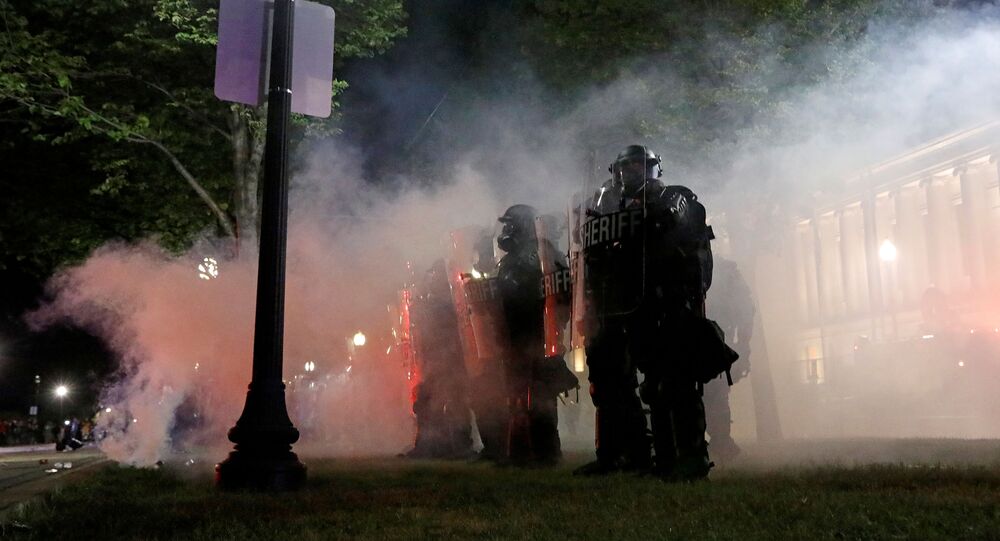 Two people were shot dead and another was injured during a third night of violent protests in the Wisconsin city of Kenosha following a police shooting of an African American man, who survived but was paralysed from the waist down.

Kenosha police launched manhunt for a suspect armed with a rifle who was filmed opening fire in a street late Tuesday as protests gripped the Wisconsin city. In the footage, crowds were seen chaotically running through the streets as gunshots were heard.

Two people were fatally shot, while another one was wounded - the person was hospitalised with serious, though not life-threatening injuries.

(Warning, Graphic/Violent)
A crowd chases a suspected shooter down in Kenosha. He trips and falls, then turns with the gun and fires several times. Shots can be heard fired elsewhere as well, corroborating reports of multiple shooters tonight #Kenosha #KenoshaRiots pic.twitter.com/qqsYWmngFW

The gunfire was reported just before midnight. The police have launched an investigation into the shooting, with the FBI assisting in the case.

According to Kenosha County Sheriff David Beth, investigators are looking into whether the shooting unfolded following a conflict between protesters and "self-styled militias guarding a gas station".

Violent riots erupted in Kenosha after a police officer repeatedly shot Jacob Blake, an African American man, on Sunday. Blake was shot in the back by police at close range, while he was reportedly trying to break up a fight between two women.

His father said his son was shot seven times, leaving him paralysed from the waist down. While the demonstrations, which have been ongoing for three days now, have mostly been peaceful, some protesters have turned to violence, smashing windows, torching vehicles and buildings, and causing damage to businesses.

Law enforcement officers were forced to use tear gas against them, while Wisconsin Governor Tony Evers authorised the deployment of National Guard troops to Kenosha and declared a city-wide curfew on Monday.