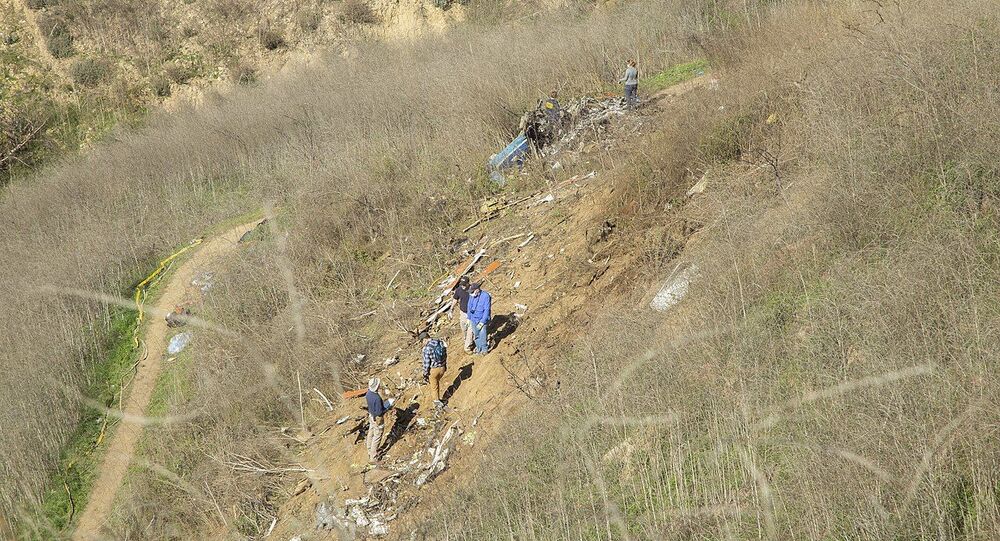 MOSCOW (Sputnik) - The company operating the helicopter that crashed in January and killed five-time NBA champion Kobe Bryant has filed a suit against the air traffic controllers working at the time of the incident, the Los Angeles-based ABC7 broadcaster reported on Wednesday.

"This denial was improper because radar contact had not been lost and services were being denied based on the possibility that they might be lost at some point in the future,'' the lawsuit read, as cited by the broadcaster.

The lawsuit also alleged that the first air traffic controller who spoke to Zobayan was soon replaced by another controller. The first one, however, did not notify his replacement "as to the existence'' of the helicopter, although he had never "terminated radar services'' with the chopper, leading the pilot to believe that he was still being monitored. Soon, the helicopter crashed into the ground. The lawsuit claims that the controllers made numerous fatal mistakes.

On 26 January, the helicopter with Bryant, his daughter Gianna Maria-Onore and seven others crashed in the US city of Calabasas, killing all passengers aboard the aircraft.

In February, attorneys representing Kobe's wife, Vanessa Bryant, filed a lawsuit against Island Express Helicopters and Island Express Holding Corp. The lawsuit accuses the pilot of negligence and failing to use ordinary care in piloting the subject aircraft.