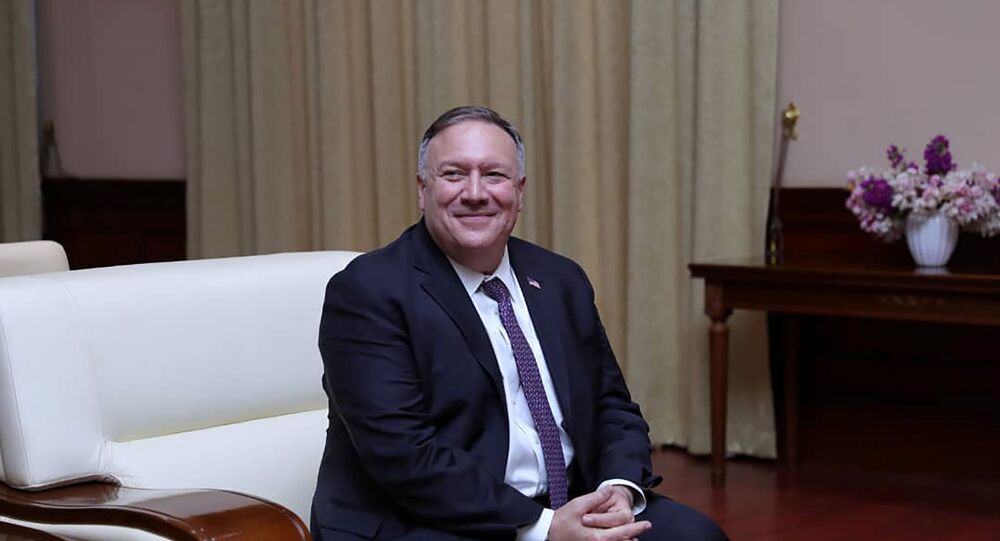 WASHINGTON (Sputnik) - The US House Oversight and Investigations Subcommittee chairman, Joaquin Castro, said in a Tuesday letter that he is opening an investigation into possible violations of the law by Secretary of State Mike Pompeo after the latter's participation in tonight's Republican National Convention (RNC).

The RNC is scheduled to broadcast a video Tuesday night from Jerusalem of Pompeo endorsing US President Donald Trump, where the former is on an official diplomatic trip to meet with Israeli Prime Minister Benjamin Netanyahu.

"According to documents obtained by the Foreign Affairs Committee, it is readily apparent that the Secretary’s choice to speak at a political convention may violate the Hatch Act, government-wide regulations implementing that Act, and State Department policies, as described in guidance from the Office of the Legal Adviser," Castro said in the letter to State Department Deputy Secretary Stephen Biegun.

Castro has demanded that Beigun provide answers by 1 September, regarding the legality of the Trump campaign move, as well as a  disclosure of any government resource that has been used to support the RNC speech Pompeo prerecorded.

Earlier in the day, Democratic presidential nominee Joe Biden's deputy campaign manager, Kate Bedingfield, said that Pompeo's decision to prerecord remarks for the RNC convention while the top diplomat is in Jerusalem while on official diplomatic travel is an abuse of his position and undermines the State Department's work.

"Secretary Pompeo's decision to address the Republican Convention from Jerusalem isn't just an abuse of taxpayer dollars; it undermines the critical work being done by the State Department," Bedingfield said, quoted by Fox News.

Fox News reported on Tuesday, citing the State Department, that Pompeo would speak in a personal capacity while on the diplomatic junket. The RNC and the Trump re-election campaign claimed to have paid for the production costs of Pompeo's address, the report asserted, citing RNC Chairwoman Ronna McDaniel.