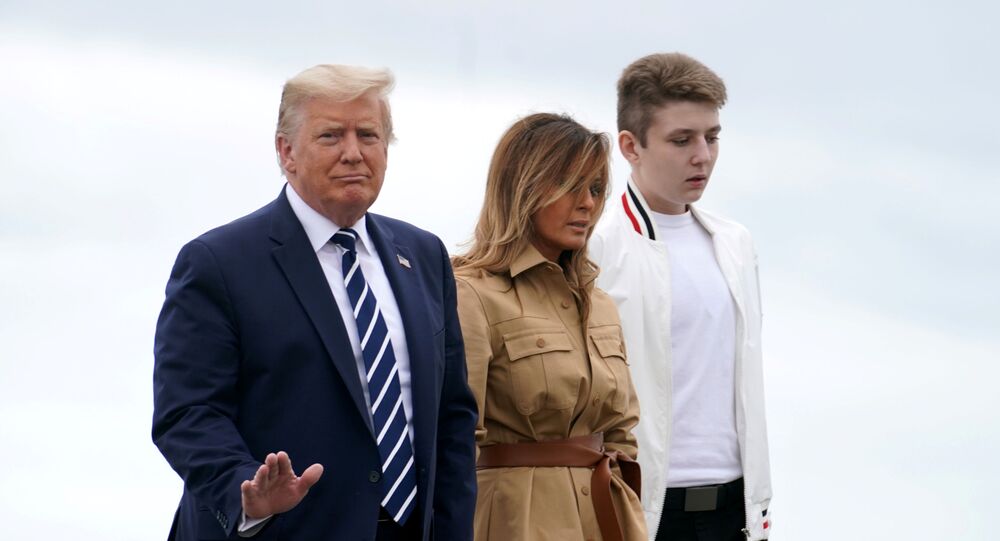 Following reports that Melania Trump made disparaging comments about President Donald Trump as well as his two adult sons, a senior advisor and chief of staff to the first lady has come out to dispel the rumours.

Stephanie Grisham, who serves as chief of staff and press secretary to Melania Trump, said she has never heard the first lady make any negative remarks about President Donald Trump or the family, following reports of leaked tapes of the president's wife making disparaging comments.

"No. I’ve never heard Mrs. Trump say anything disparaging about the family", said Grisham to MSNBC's Hallie Jackson on Tuesday, ahead of the first lady's speech at the Republican National Convention. "They're a close-knit family. She’s talked about them many times publicly", she added.

Grisham dismissed speculation that the first lady had criticised the president and two sons - Eric and Don. Jr.

"I've heard a little bit about this book. I don’t know much about it. It sounds like it’s just another one of those books that unfortunately people are writing", she said.

Grisham opined that it would be 'unfortunate' if the first lady had been recorded without her knowledge, to be then taken advantage of by a friend.

"If there were any recordings taken it’s really unfortunate to take advantage of somebody’s trust like that while being a friend, but I don’t know much about the book. We’re focused on the work we’re doing", she said.

The MSNBC interview follows reports by journalist Yashar Ali that Melania Trump made the “disparaging remarks" in a recording made by her former advisor and friend, Stephanie Winston Wolkoff, the author of the upcoming book.

What potentially critical comments Melania Trump made concerning her husband and adult children is currently unknown, but two sources familiar with the contents of the upcoming book by Wolkoff told Ali that it includes “harsh” comments about the president's daughter, Ivanka Trump.

Melania and the president have one child together, Barron Trump, who is 14 years old.

The first lady’s comments will reportedly be disclosed in Wolkoff's book, titled 'Melania and Me', scheduled for release on 1 September. The memoir will reportedly shed light on the relationship between the former advisor and the current first lady.

In 2017, Wolkoff helped organise Trump’s $107-million inauguration, before leaving the White House in February 2018. Her departure followed a revelation that her fund had received $26 million from the president's inaugural committee.

A number of tell-alls about the Trump White House are scheduled for release, just ahead of the November election. Former national security adviser John Bolton released his memoir 'The Room Where It Happened' in June this year and ex-Trump attorney, Michael Cohen's 'Disloyal', is planned to hit the shelves on 8 September.