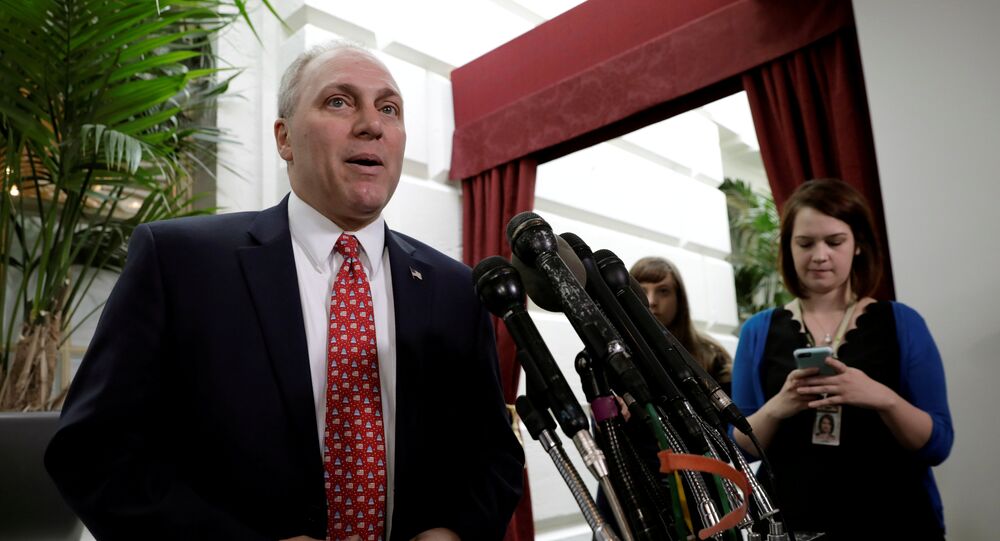 In the run-up to the United States Presidential election this coming November between incumbent president Donald Trump and former vice president Joe Biden, the rhetoric between Republicans and Democrats has consolidated around the issue of mail-in voting amid the coronavirus pandemic.

“They want that chaos, they want the confusion because they know the president of the United States is going to win on Election Day, but, they want to keep counting just like they did in New Jersey four weeks after their primary election”, Jordan said in an interview with "Fox & Friends."

“Imagine if it takes six weeks to figure out who won one congressional primary. Now they’re talking about live ballots being mailed out to everyone and then counting ballots”, Jordan said.

He went on to say that Americans want a “fair and secure election.”

“The speaker saying the things she does does not help things, only hurts things”, Jordan added.

This isn't about the Postal Service. It's about politics. pic.twitter.com/aWEB5ay3j6

​Scalise made his own interjection saying that “there is no place for that hypercharged language that Pelosi uses".

He described the use of the term "enemies of the state" as "hypercharged language that led a gunman trying to kill every Republican on the ballfield", in reference to an incident in 2017 where Republican lawmakers were shot while practicing for a charity baseball game.

He cited an example of an election commissioner who was sent "to jail for voter fraud" and warned that if you "mail millions of ballots to people who aren’t even legally on the rolls and that’s what would happen".

"You ask any secretary of state. Everyone one of them has about 10% or more of people on their voting rolls that aren’t properly registered; whether they moved or something else. This idea that you’re just going to have millions of ballots sitting around weeks and weeks later", Scalise said.

This is seemingly in reference to an election in Turkey Creek which saw incumbent Republican mayor Heather Cloud voted out of office by just 4 votes.

Later it was revealed that Stanley Leger, a campaign employee for her opponent Bert Campbell, had given $15 payment to four mentally impaired individuals, respectively, in exchange for their promise to vote for Campbell.

Leger later pleaded guilty to illegal electioneering, given a six-month jail sentence, 18 months’ probation, and ordered to pay a $500 fine and $2,000 in restitution to Mayor Cloud - later reinstated in fresh elections.

Nancy Pelosi's description of President Trump and GOP lawmakers as "domestic enemies" on Monday was made in response to their opposition to universal mail-in voting.

"The Russians were there and they are there now 24/7 trying to interfere in our election, but they're not the only ones", Pelosi said.

"We take an oath to protect and defend the Constitution from all enemies, foreign and domestic. And sadly, the domestic enemies to our voting system and our honoring of the Constitution are right at 1600 Pennsylvania Avenue with their allies in the Congress of the United States".

The speaker called on Democrats and supporters to "organise" and not allow the president to restrict US citizens from voting.

​Controversy over mail-in voting follows the US postmaster general receiving major grilling over operational changes which have seen massive delays in delivery services. Democratic lawmakers have said that Trump-appointee's reforms to the service will act as a voter suppression of those voting by mail amid the coronavirus pandemic.