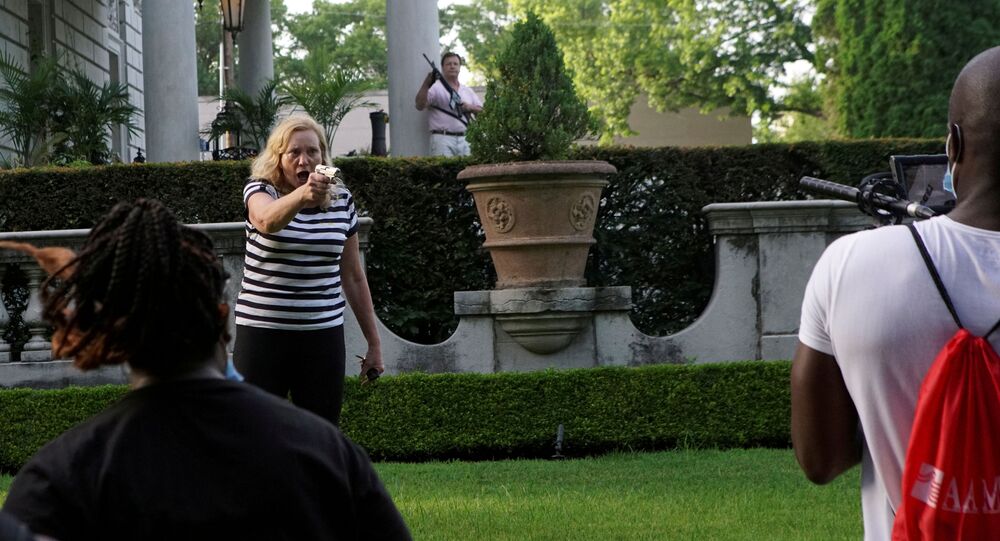 Mark and Patricia McCloskey spoke at the Republican National Convention on Monday, two months after they drew national attention for pointing guns at Black Lives Matter protesters who passed through their private gated community.

The St. Louis gun-wielding couple have issued a stark warning to “honest citizens” saying they will end up being defenceless should the Democrats come to power.

The McCloskeys delivered the message in a pre-taped address to the Republican National Convention on Monday.

“What you saw happen to us could just as easily happen to any of you who are watching from quiet neighborhoods around our country,” Patricia McCloskey said.

Her husband Mark added: “Whether it’s the defunding of police, ending cash bail so criminals could be released back out on the streets the same day to riot again, or encouraging anarchy and chaos on our streets, it seems as if the Democrats no longer view the government’s job as protecting honest citizens from criminals, but rather protecting criminals from honest citizens.”

“Not a single person in the out-of-control mob you saw at our house was charged with a crime,” he continued. “But you know who was? We were. They’ve actually charged us with felonies for daring to defend our home.”

“They want to walk the halls of Congress,” he said before endorsing Donald Trump. “They want to take over. They want power. This is Joe Biden’s party.”

​The McCloskey couple went viral in June, when St. Louis, just like many cities across the United States, saw weeks of racially-charged protests over George Floyd’s death in Minneapolis on 25 May.

Mark and Patricia were filmed brandishing guns at Black Lives Matter protesters who passed through their gated community.

They had their guns confiscated and were charged in July with unlawful use of a weapon, a class E felony.

Mark McCloskey has defended his actions during the interaction with protesters, who appeared unarmed, telling CNN’s Chris Cuomo last month: “I was a person scared for my life, protecting my wife, my home, my hearth, my livelihood, I was a victim of a mob that came through the gate. I didn’t care what color they were. I didn’t care what their motivation was. I was frightened. I was assaulted and I was in imminent fear they would run me over, kill me.”

The White House has stood by the couple, with press secretary Kayleigh McEnany telling reporters days after the incident that President Trump “said it is absolutely absurd, what is happening to the McCloskeys.”