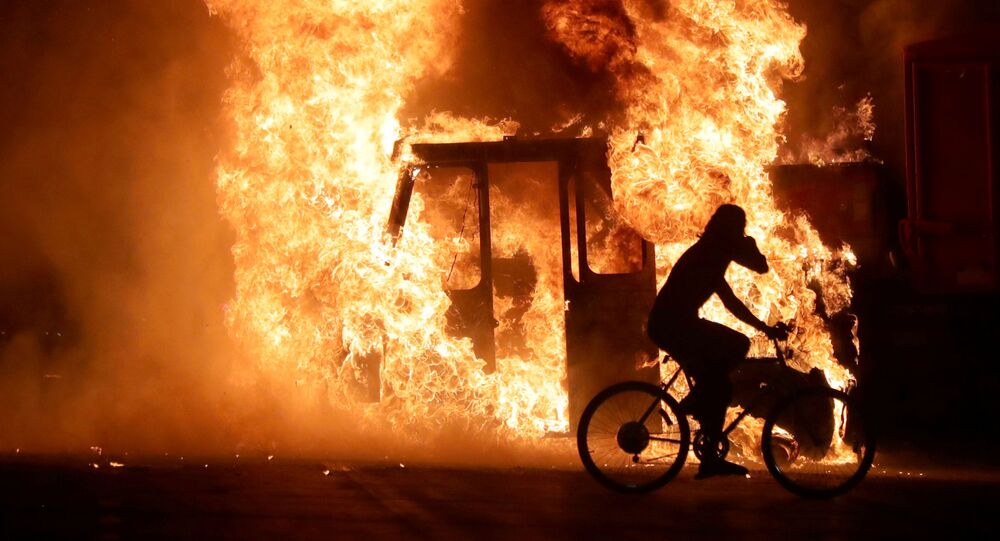 WASHINGTON (Sputnik) - Governor Tony Evers of the state of Wisconsin said in a statement on Monday that he has authorized the deployment of the US National Guard to the city of Kenosha after protests erupted following the shooting of a black man by a white police officer.

“This is a limited mobilization of the National Guard focused on supporting the needs of local first responders to protect critical infrastructure, such as utilities and fire stations, and to ensure Kenoshians are able to assemble safely,” Evers said.

The man shot by police on Sunday has been identified as Jacob Blake, who is in stable condition after coming out of surgery earlier in the day. Blake was trying to break up a fight between two women when police officers arrived and reportedly attempted to talk with Blake who was not interested and started putting his children in his car.

FRootage of the shooting has been circulating on social media.

Jacob Blake was shot in the back 7 times. This is what they’re doing in Kenosha.

Unarmed. And was breaking up a fight. But he gets shot.

This was a shoot to kill. And yet, people will still try to justify this.

Angered residents took to the streets of Kenosha following news of the shooting. Law enforcement officers pushed the protesters back from the police department building using tear gas and authorities declared a city-wide curfew.

Up close look at the car dealership fire set by BLM arsonists in Wisconsin pic.twitter.com/Mv1CC7htiD

According to the newspaper, all law enforcement officers involved in the incident have been put on administrative leave.