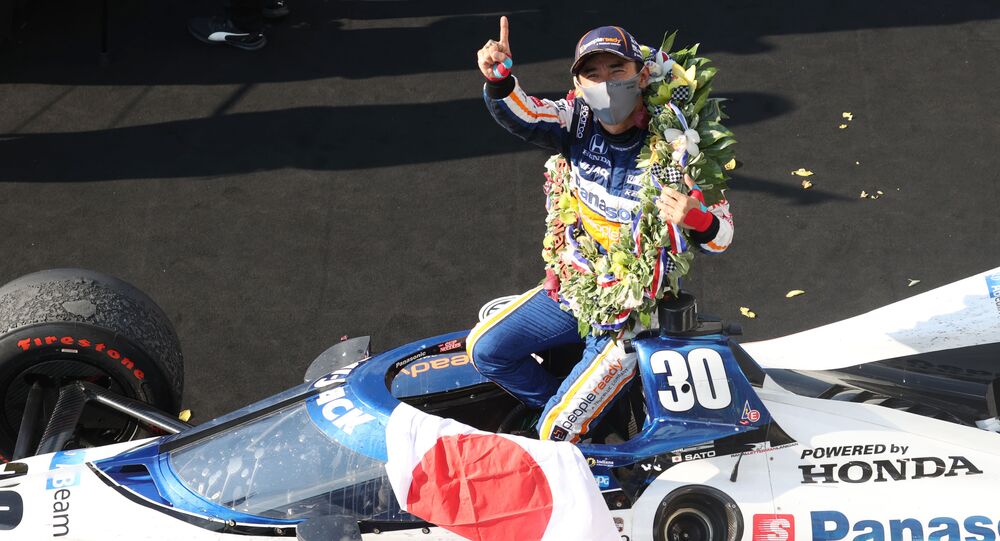 The 43-year-old Takuma Sato was the first driver from Japan to win the famous Indy 500 race back in 2017.

Japanese racecar driver Takuma Sato has won the Indianapolis 500 for the second time in four years, with the race ending under the yellow caution flag.

​Sato, who was locked in a battle with the 2008 Indy 500 winner Scott Dixon and managed to hold him off over the final ten green-flag laps, ultimately crossing the finish line unchallenged after Spencer Pigot’s crash into the wall brought out the yellow flag, and the race ended at a steady pace under caution. Scott Dixon came second and Graham Rahal third.

​The famous Indianapolis 500-Mile Race, which is held at Indianapolis Motor Speedway in Speedway, Indiana, United States, is considered to be part of the Triple Crown of Motorsport, a highly prestigious unofficial motorsport achievement which also includes the Monaco Grand Prix and the 24 Hours of Le Mans.

This year the Indy 500 had to be delayed until August 23 due to the Coronavirus pandemic, and no spectators were allowed into the facility this time. Usually, the Indianapolis 500 race is held over Memorial Day weekend.